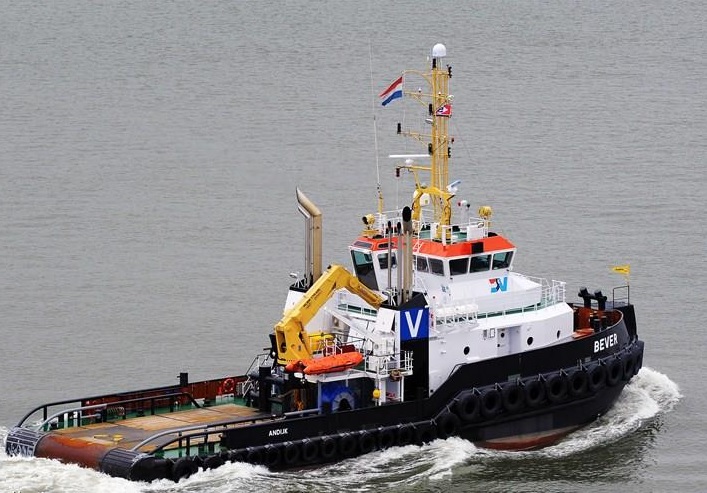 AN LPG tanker which lost her engines and was adrift off the coast of Pembrokeshire is now under tow thanks to a tug from The Netherlands.

The 100m long vessel, which has a carrying capacity of 4278 cubic metres, got into trouble after leaving Berth 5 at Valero Oil Refinery, in Milford Haven at 2048HRS on Wednesday evening (Feb 17).

The ageing ship, the Seagas Major, was incapacitated and drifting outside the harbour limits, and two tugboats were sent to stand-by and assist if possible. However, they were not able to tow the vessel back into port.

The coastguard are overseeing the use of the large Emergency Towing Vessel (ETV), which has now (Saturday lunchtime) arrived from France called ‘Bever’, and started to tow the 22-year-old tanker for repairs in Avonmouth.

In a statement issued this afternoon, the coastguard said: “[Early] on Thursday morning (Feb 18), a tanker vessel – with 14 people on board – reported engine difficulties and a loss of power 11 nautical miles south-west of St Ann’s Head.

“In the early hours of Friday (19th February), the tanker was taken under tow by a tug, however due to the strong weather conditions, the tug reported that the tow had parted and was unable to reconnect. Sticken tanker – The Seagas Major, is now under tow in rough weather

“Another tug is now on scene with the vessel and a tow has been connected. The vessel will be towed to a place of safety for repairs.

“The crew and vessel will continue to be monitored and plans are in place to support the vessel until it reaches port.”

Disaster has been averted, but questions are now being raised as to why, 25 years after the Sea Empress disaster, there is no tugboat in Milford Haven, a major energy port, which can undertake a stern tow.