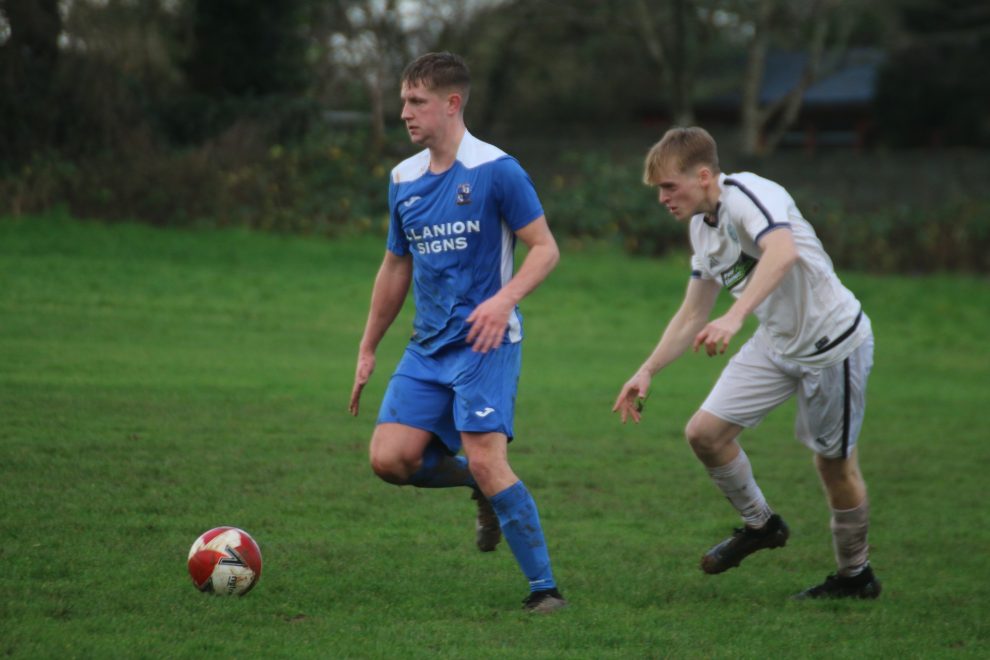 MONKTON SWIFTS proved too strong for Fishguard on Saturday (Jan 7) as they ran away with a 9-0 win.

The win for Monkton moves them into third place in the Division 1 table while Fishguard sit in eighth place.

Dylan Davies grabbed the first goal after four minutes and Declan Carroll doubled the lead nine minutes after being set up by Chris Richards.

Connor Hay added a third in the 16th minute and the visitors were facing an uphill battle.

It was 4-0 ten minutes before the break as Carroll set up Ross Jones to score.

Monkton continued where they had left off in the second half with Davies grabbing his second of the game five minutes in.

Carroll added his second and Monkton’s sixth and soon after they were awarded a penalty. Davies stepped up and converted to complete his hat trick.

Three minutues later Paul Miller got his name on the scoresheet to make it 8-0.

Miller then grabbed the ninth and final goal of the game in the last minute to put the seal on their victory.

On Saturday, January 14, Fishguard host Neyland, who sit just below them in the table, while Monkton travel to Kilgetty.