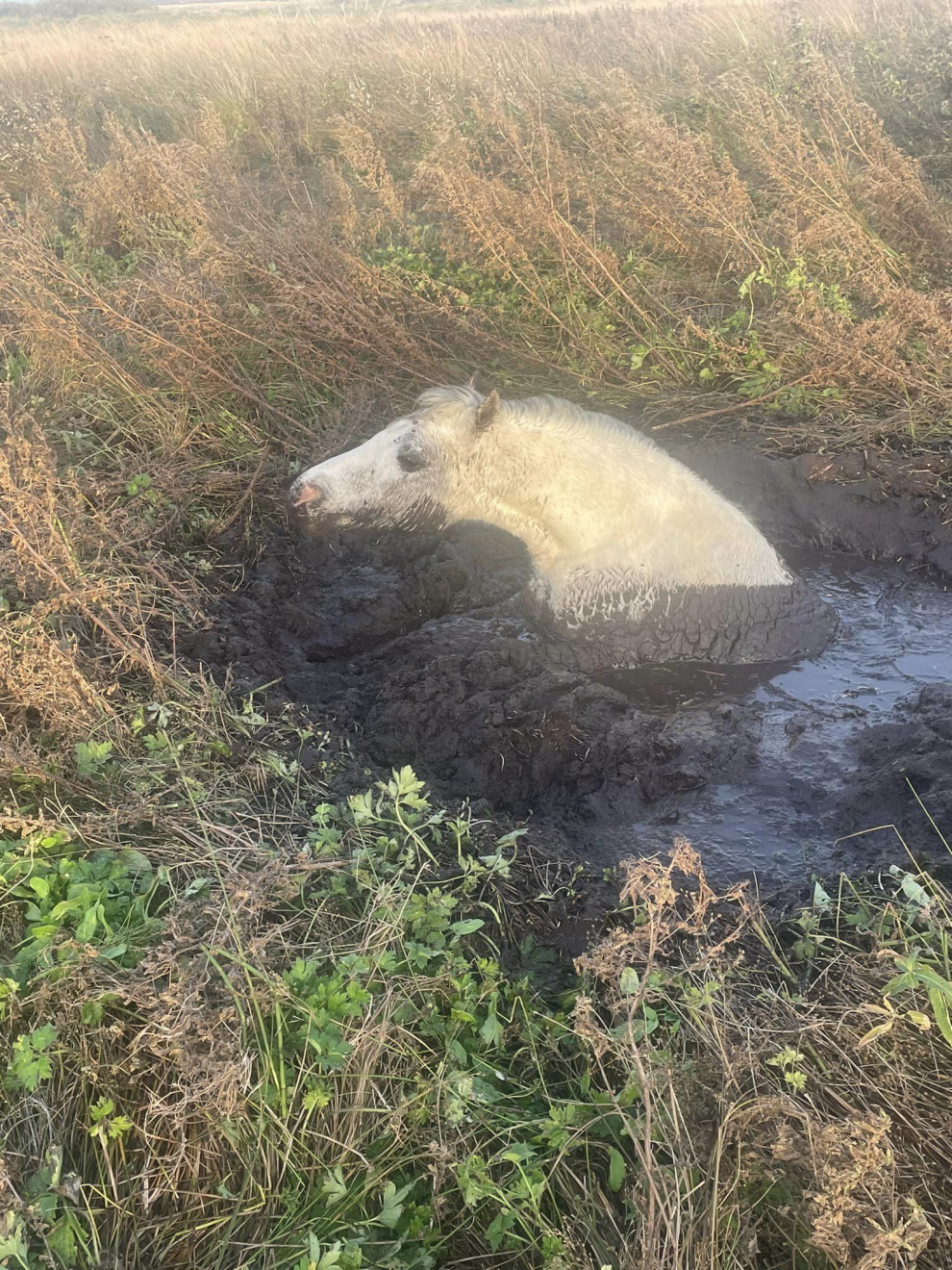 FARMERS, the fire service, and ‘a bloke with a digger’ were involved in the dramatic rescue of a pony, which was stuck in a bog ‘with only its neck and head poking out’.

The incident took place on Wednesday at Dowrog Common – and involved a Welsh Mountain Pony which had gone missing the day before.

A huge team effort ensued, with the pony eventually being rescued from its otherwise certain demise with the help of a digger.

“No problem, I’ll be there with the little tracked digger as soon as I can”, was the reply when local Dai Murphy was asked to help
St Davids fire and rescue service said on Facebook: “It was a very different shout for station 34 this afternoon.

“We had a call to rescue a pony trapped in a muddy bog.

“It was all hands on deck and with thanks to the local farmers we managed to get Daisy out.
“She is safe and well”

Dr Beynon’s Bug Farm said on social media after the incident: “It was a truly amazing team effort to rescue this little Welsh Mountain pony from an area of quaking bog on Dowrog Common.

“The pony’s owner Judy spent yesterday and today searching across the moor and Tabitha and Dean joined in the search this afternoon.
“Typically, since she went missing, it has been too windy to use the drone to look for her.

“It was Nathan from The Wildlife Trust of South and West Wales who stumbled on her, stuck up to her withers, with only her head and neck poking out.

“The amazing St Davids fire brigade and neighbouring farmer Graham were onsite in no time at all and got a strap under her. Tabitha, Dean, Lou (and ecologist Alys) all came to help with the rescue, despite knowing it could be a traumatic experience.

“Huge thanks to Dai – who also rescued our cow Alice from a bog years ago.

“It is truly humbling being able to pick up the phone and call someone at the end of a busy day.”

They added: “Amazingly, for a pony who has probably been stuck in a cold bog for 24-36 hours, she was able to stand within minutes and walked away, not even lame.

“We wish this brave little pony a speedy recovery so she can join her conservation-grazing herd to once again help make Dowrog Common a world-renowned home for wildlife!”