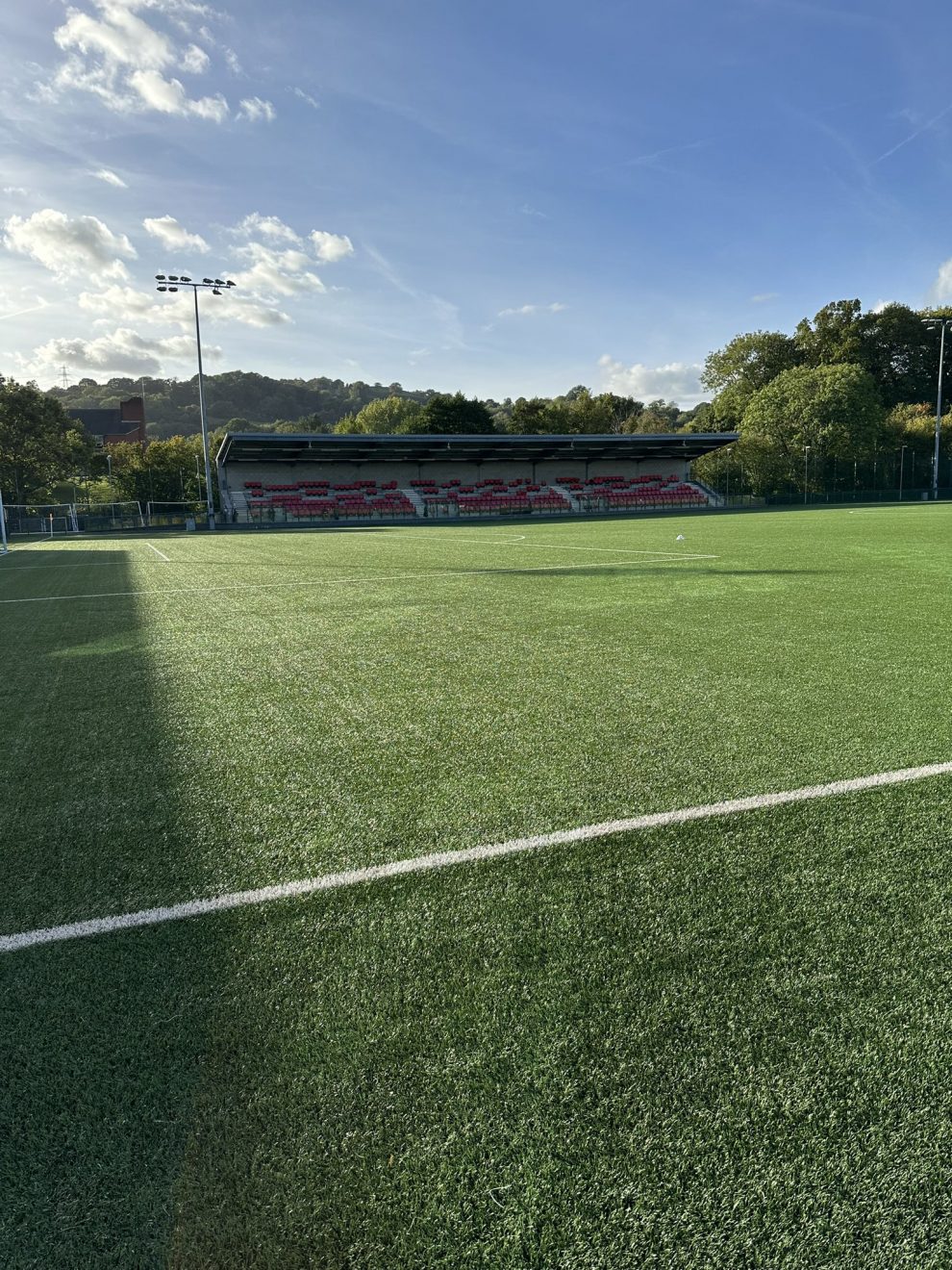 TRETHOMAS Bluebirds knocked Haverfordwest County out of the JD Welsh Cup on Saturday (Oct 8), earning a 2-1 over the JD Cymru Premier side.

Jack Wilson’s goal had given the Bluebirds an early lead at CCB Centre for Sporting Excellence, but a brace from Levi Rees saw the hosts come from behind to secure a late victory in Caerphilly.

County played almost an hour with one man less, after defender Lee Jenkins’ was shown a straight red card after being adjudged to have made a foul as the last man.

Manager Tony Pennock made six changes to the team from last Saturday’s game against Connah’s Quay Nomads, with Lee Idzi, Ryan George, Kyle Patten, Ricky Watts, Jamie Veale and Elliott Dugan all coming into the starting lineup. Patten and Watts were making their first starts since returning from injury, while Veale had recovered from illness and Dugan earned his first start.

Mark Dunford’s side were competitive in the early stages and began with clear intent. However, after working their way into the contest, Pennock’s side took the lead when Jenkins’ ball upfield was headed into the path of Wilson by Dugan, and he stayed composed to roll the ball past Harry Irving to make it 1-0.

Trethomas found a response with the half-hour mark approaching though, as Rees forced the ball in at the far post to draw the Ardal Leagues outfit level.

Dugan was making his presence felt in the first half, and he came close to scoring his first goal for the club when he glanced Iori Humphreys’ cross just wide from inside the area.

The pivotal moment of the match came five minutes later when Gareth Tedstone was played through on goal before going to ground just outside the area. Referee Jordan Harman adjudged that Jenkins had committed a foul, and showed the defender a straight red card to make the Bluebirds’ task that much more challenging.

To County’s credit, though, they refused to feel sorry for themselves and continued to press for the their second goal. Pennock’s side were in control throughout the second half, and came close shortly after the restart when captain Dylan Rees’ effort on the rebound was saved by Irving.

The skipper had another effort on goal on the hour mark when his curling shot was saved, before substitute Jordan Davies’ cross was headed into the side netting by Wilson.

Ryan George then reacted fastest to steal in and win a 50-50 challenge before advancing into the area and drilling a shot not far wide of the left post.

On his return to the starting lineup, Idzi had a relatively quiet evening between the posts, but he showed good reactions to get down well and push Rees’ effort behind in the closing stages.

A couple more chances fell the way of the visitors late on as they attempted to avoid a penalty shoot-out, but it was the hosts who found the third and decisive goal of the evening as the ball found its way to Rees inside the area, and the forward curled home to clinch victory for his team.

The Bluebirds are next in action on Friday, October 14, when they travel to Park Avenue to take on Aberystwyth Town in the JD Cymru Premier. Kick-off is at 8pm.