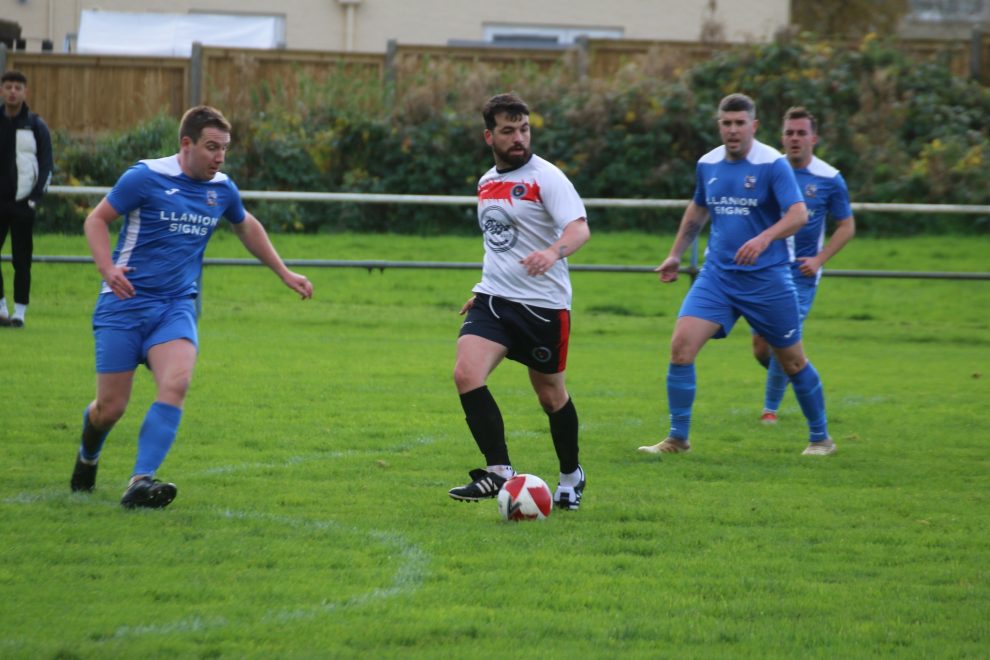 RAGGED School booked their place in the fourth round of the West Wales Cup on Saturday (Dec 3) after they beat Monkton Swifts on penalties.

The Swansea Senior League Division 2 side had knocked Neyland out in the previous round and were unbeaten in their previous five games in all competitions.

Monkton too were also on a good run with only one defeat in their previous six matches.

It was a tight and scrappy first half as both sides looked to take control of the game but it finished with the score still at 0-0.

Early in the second half, Monkton’s Ben Steele and Ragged School’s Ryan Vincent were both sent off.

Monkton had a few chances to take the lead but were dealt another blow when Jamie Wilkes was sent off with fifteen minutes to go.

The Pembrokeshire side still had chances to win the game despite being down to nine men but the full time whistle came with the game still goalless.

The first goal of the game eventually came in the first half of extra time as William Davies, who had scored two against Neyland, again got on the scoresheet.

However, Monkton were level four minutes later as James Russell converted from the penalty spot.

Extra time finished with the game still locked at 1-1 and penalties were needed to decide a winner.

Callum Green and Gareth Finnegan then missed their penalties, leaving the score at 2-1 after three penalties.

Davies then scored next for Ragged School before Russell again converted from the spot for the Swifts. School’s Alex Tortorella then failed with his spot kick and Luke Phillips scored for Monkton to level the shootout at 3-3.

Thomas Spooner scored for Ragged School to make it 5-4 and it meant that Monkton would have to score the next kick to keep the game going.

However, Ross Jones could not convert and it was Ragged School who celebrated victory.