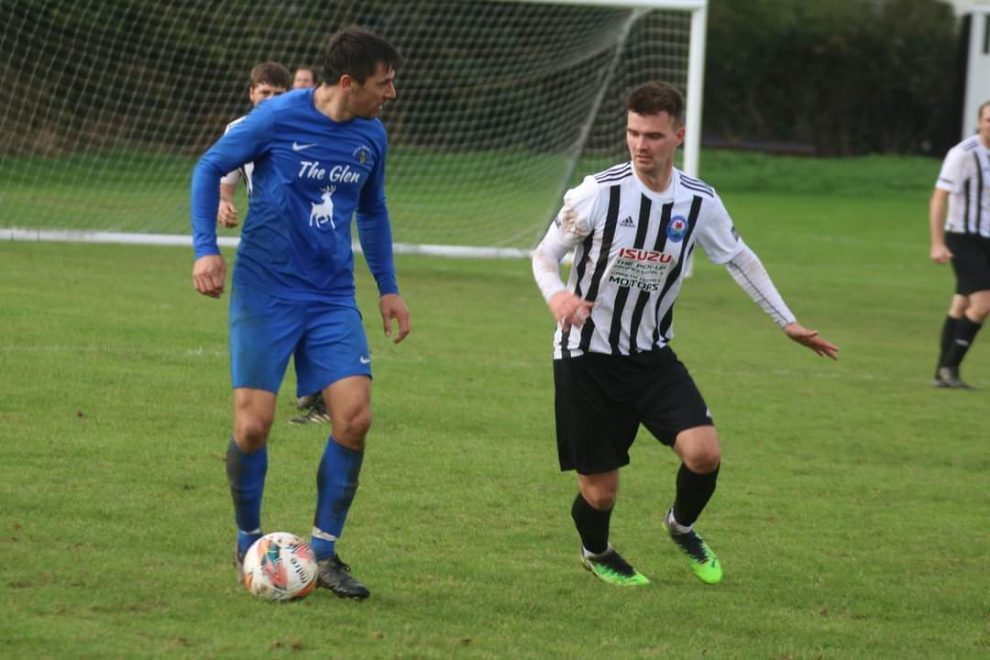 MERLINS BRIDGE picked up their fifth league win in a row on Saturday (Oct 22) as they beat Neyland 3-1.

The Bridge have enjoyed wins over Neyland in recent games between the two but the Nomads went in to this one on the back of an excellent win over Carew.

Neither side was able to find the net in the first half and they went in at the break with the score still at 0-0.

However, the breakthrough came just eight minutes into the second half.

Alfie Stottor sent the ball into the box with a bicycle kick but keeper Patrick Hannon could only punch the ball as far as Dai Davie who sent the ball back across goal and into the net.

With 65 minutes gone, Neyland levelled thanks to a header from Sean Hannon.

Both sides then pressed for a winner but it was the Wizards who regained their lead.

With 16 minutes left Alfie Stottor scored to make it 2-1 to the visitors.

As Neyland looked for an equaliser, the Wizards look to hit Neyland on the break and their third goal came courtesy of Ben Davies.

The Bridge held on for the win and it keeps them level on points with leaders Goodwick who have played a game less.