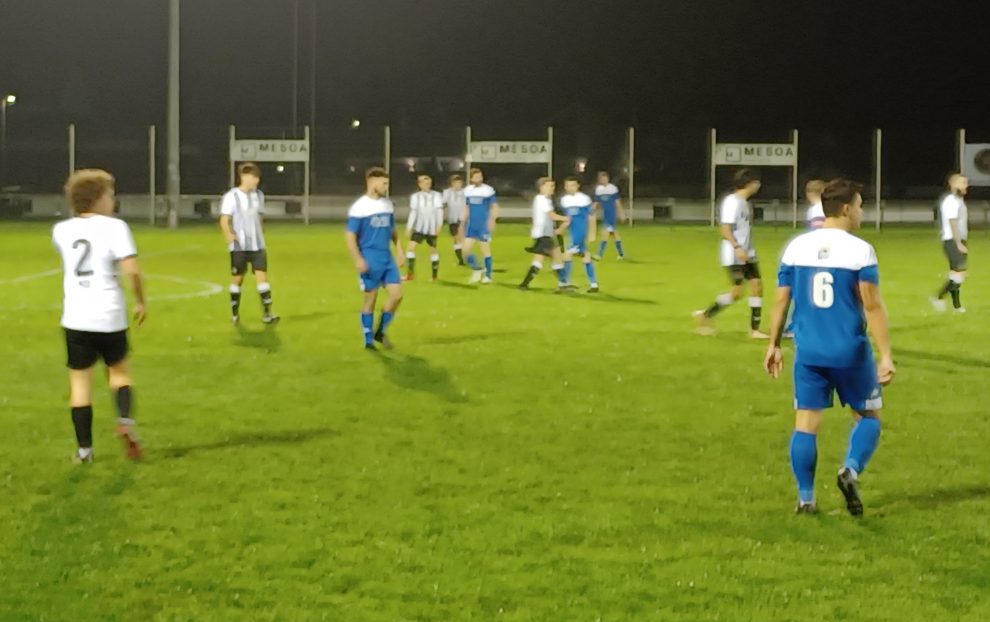 THE Reserve local derby between Ammanford and Cwmamman United saw a well fought match resulting in an entertaining game and a hard earned draw for both sides.

With Ammanford looking to maintain their chase for top spot and Cwm desperately needing points to move up the table it was not surprising to see Ammanford start the game well with Anthony Finselbach strong in midfield.

Cwm however were launching strong quick attacks with Fenton Andrews,. Lewis Blofield and Glen Elsdon proving to be a potent front three.

The game flowed from end to end and Leo Jones in goal for Cwm made a couple of good saves.

Reuben Jones for Ammanford was prompting attacks while for Cwm Jordan Sulliavn, Keiran Prescott and Steffan Keyte were putting in a shift in the middle to contain the Ammanford passing game,

The Cwm defence with Jordan Brophy, Guto Chandler, Sean Jewell and Osian Matthews working hard and it looked as if they had earned the point until a hand ball penalty was given to Ammanford in the last minute.

It was well hit but Leo Jones went the right way and made a brilliant save to ensure a point for both sides in what was a hard fought match.

World Cup: All or nothing for Cymru
Cwmamman earn crucial three points