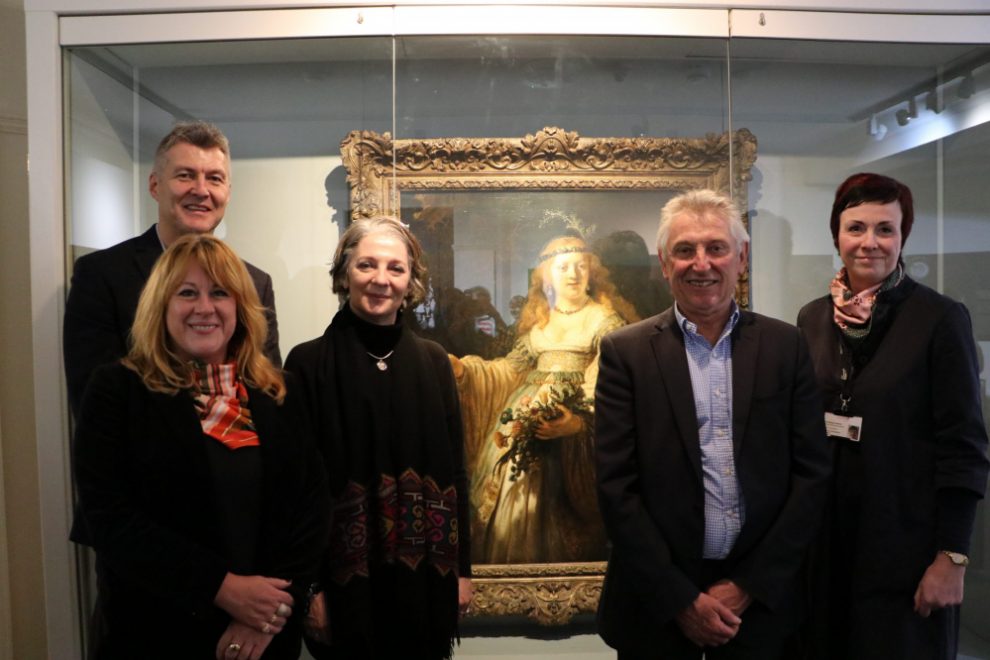 A PAINTING of Saskia van Uylenburgh in Arcadian Costume by Rembrandt van Rijn is being lent to Carmarthenshire Museum, by the National Gallery this January an will be on display from 14 January to 23 April.

It’s part of the National Gallery Masterpiece Tour 2021–23 and admission to the Abergwili facility is free for visitors.

New pieces by contemporary artists and writers inspired by the painting have been commissioned by Carmarthenshire Museum and will be shown alongside it. The exhibition features work by Julia Griffiths Jones, Mererid Hopwood, Jeanette Gray, and Leigh Chappell.

Painted in 1635, the Rembrandt portrait shows the artist’s wife when she was 23 and a year into their marriage. Her face is lively but it’s difficult to read her expression. She wears a striking costume and holds a profusion of flowers and a shepherdess’s stick. The painting is sometimes known as ‘Saskia as Flora’, which was a popular theme in the arts. There are clues to suggest she was expecting their first child.

During the seven years of their marriage, Saskia had three children who died very young. Only the fourth child, Titus, survived into adulthood. Titus was born in 1641 and Saskia died a year later. So, for Rembrandt, although the promise of abundant life was fulfilled for a while, it didn’t endure – except in his portrait of Saskia as Flora, goddess of spring.

Cabinet Member Councillor Gareth John said, “The National Gallery Masterpiece Tour has been a wonderful feature of Carmarthenshire Museum’s programme since reopening just over a year ago with the highly original approach of showing how centuries-old paintings can inspire artists and provoke debates about issues that are important today”

Later in the year, the third and final masterpiece coming to Carmarthenshire Museum is Tobias and the Angel, from the workshop of Andrea del Verrocchio. Dating from 1470-5, there is strong evidence that parts of the painting are by Leonardo da Vinci who was a student of Verrocchio. This will be on display from 8 September 2023 – 7 January 2024.