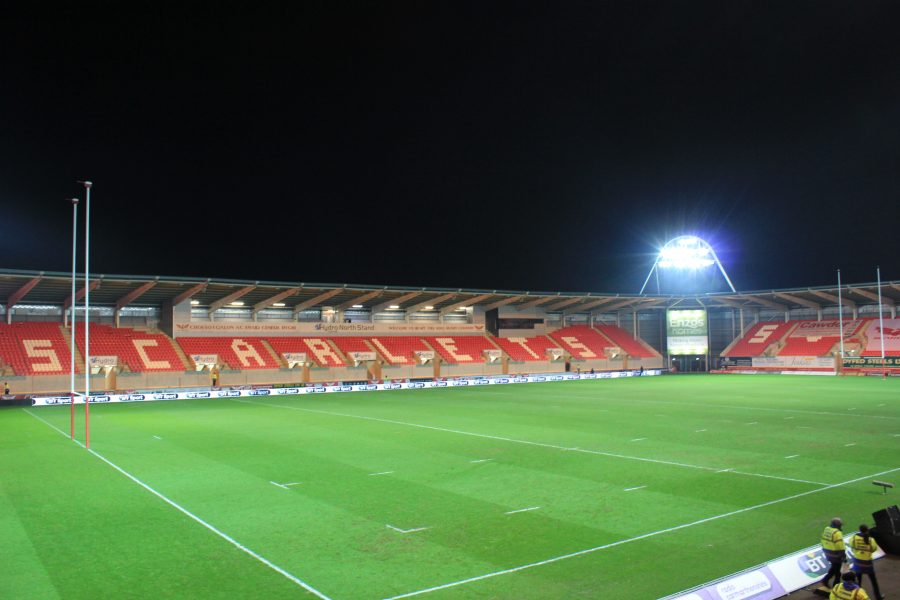 THE Scarlets booked their place in the knockout stages of the EPCR Challenge Cup with an edgy 20-17 victory over South African side Toyota Cheetahs.

The home side struggled to find the spark of their Arms Park victory six days earlier, but dug deep against abrasive opponents to secure a win which guarantees their place in the round of 16 in April.

Leading 10-3 at half-time thanks to a Steff Evans try and Leigh Halfpenny’s boot, the West Walians found themselves 17-10 behind in the second period.

But a superbly-crafted try for Johnny McNicholl and the unerring boot of Halfpenny ensured the Scarlets faithful celebrated a fifth win in six matches.

Back-rower Vaea Fifita produced a successive player-of-the-match display, centre Joe Roberts stood out again, while the bench, including returning Wales international Wyn Jones, made their mark in the second period.

The Scarlets were unable to get their fluency going in a first half punctuated by stoppages.

Halfpenny opened the scoring with a penalty on 10 minutes, but the Cheetahs were proving far more resilient than they had been in Parma in December.

The visitors’ defence was eventually broken on 23 minutes after a concerted period of pressure in the Cheetahs 22.

Skipper Jonathan Davies carried up the middle and when the ball was recycled, a perfectly-weighted kick through from fly-half Rhys Patchell sat up for Steff Evans to gather and cross.

Halfpenny converted to make it 10-0, but the Cheetahs kept coming at the home side.

Fly-half Siya Masuku got his side on the board with a penalty and the South Africans were denied late on when a driving line-out was bundled into touch.

Scarlets again found themselves down to 14 men on the stroke of half-time when No. 8 Carwyn Tuipulotu was yellow carded for dangerous play by referee Hollie Davidson – part of an historic all-female officiating team.

It didn’t take long for the Cheetahs to take advantage of the extra man with hooker Louis van der Westhuizen crossing from a line-out drive. Masuku levelled the scores with the conversion.

The home crowd were then stunned into silence when wing wing Dan Kapepula sped over from a line-out and that score served to ignite the Scarlets’ effort.

Moments later the Scarlets were all square again.

Carwyn Tuiupiulotu, Tomas Lezana and Fifita carried to the Cheetahs line and when the ball was sped wide, slick hands freed McNicholl for the score. Halfpenny, who had taken a heavy tackle delivering the scoring pass, picked himself, brushed himself down and nailed another conversion.

With the Scarlets’ bench making their mark, the home side began to gain the ascendancy and on 64 minutes, after his side had won a penalty inside the Cheetahs’ 22, Davies pointed to the uprights and Halfpenny did the rest.

With the rain teeming down, the final exchanges were error-strewn and nervy, but Scarlets held out to make it three wins from three to top the pool ahead of next weekend’s trip to Bayonne.