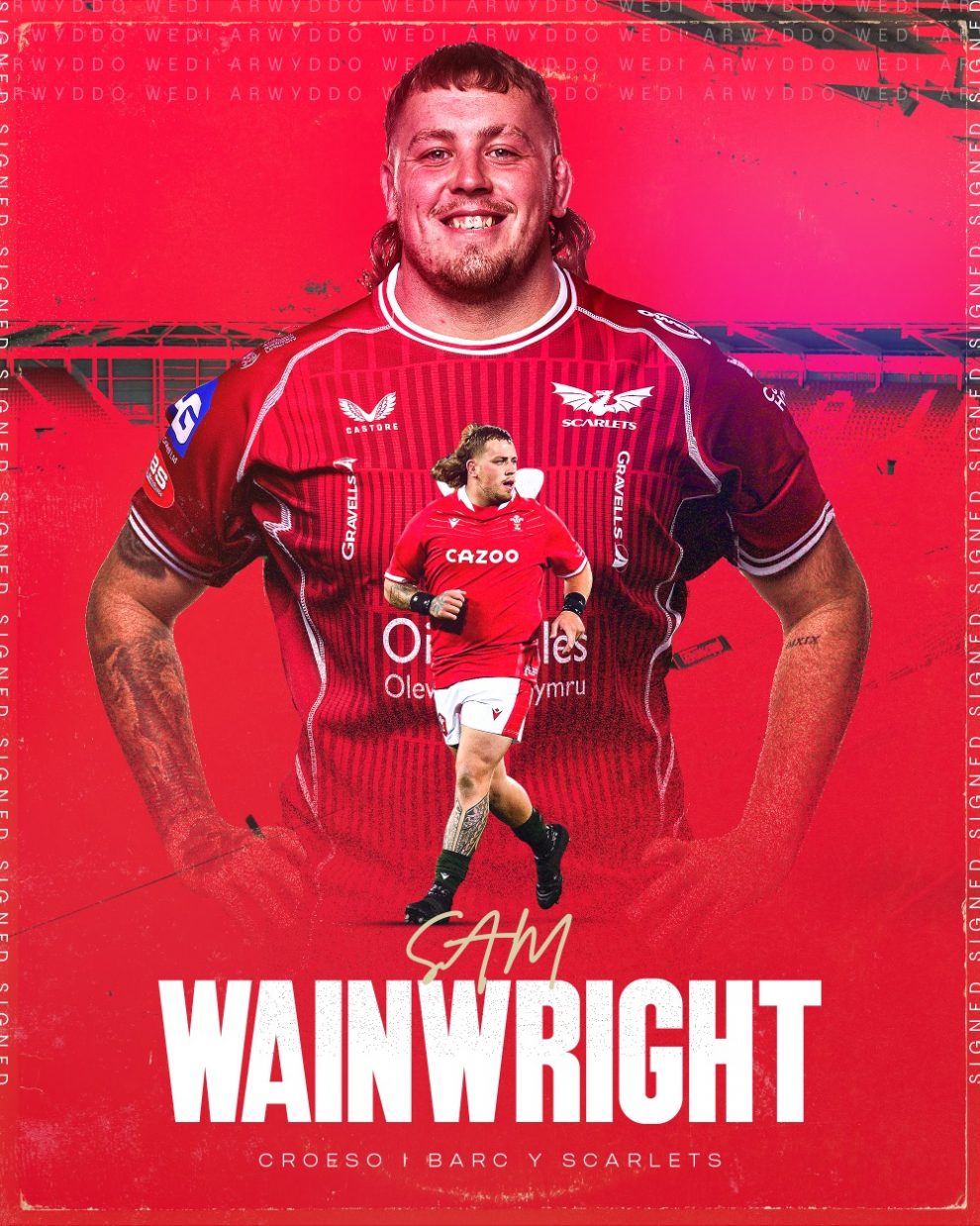 Scarlets have signed Wales international prop Sam Wainwright from Saracens for the remainder of the 2022-23 season.

The 24-year-old tight-head, currently part of Wales’s Autumn Nations squad, will arrive at Parc y Scarlets at the end of the series, ahead of the Scarlets’ European Challenge Cup matches against Bayonne and the Toyota Cheetahs.

Hailing from Prestatyn in North Wales, Wainwright came through the ranks at Rhyl RFC before playing for RGC 1404 in the Welsh Premiership where he earned a Wales U20s call-up. He was picked up by Saracens, making his Gallagher Premiership bow in 2019, and this summer he received a call-up to Wales’ touring squad in South Africa, where he made his Test debut in the historic win over the Springboks in Bloemfontein.

Wainwright came off the bench in the victory over Argentina last weekend and is set to win his fourth cap when Wales face Georgia at the Principality Stadium on Saturday.

Sam Wainwright said: “I’m really excited to be moving back to play my rugby in Wales and I’m really grateful for the opportunity Dwayne and everyone at Scarlets has given me to do this.

“This is a great club with a proud history.  I’m looking forward to joining up and meeting all my new team-mates after I’ve finished the autumn campaign with Wales. I can’t wait to get stuck in and get to know everyone. Me and all my family are extremely excited and proud to be a part of such a great club.”

Scarlets head coach Dwayne Peel said: “We are delighted to bring in Sam as part of a pool of talented young front-rowers at the club.

“With Samson (Lee) still recovering from a long-term Achilles injury, Sam will provide an extra option on the tight-head side as well as bringing his recent international experience with Wales.”

Scarlets General Manager of Rugby Jon Daniels said: “We are pleased to be able to bring Sam on board, particularly at this stage of the season when we have a testing run of fixtures, starting in South Africa, followed by Europe and the Welsh derbies.

“Sam is a player who has worked hard to achieve what he has in his career so far and we are looking forward to welcoming him to Parc y Scarlets following the conclusion of Wales’ autumn campaign.”