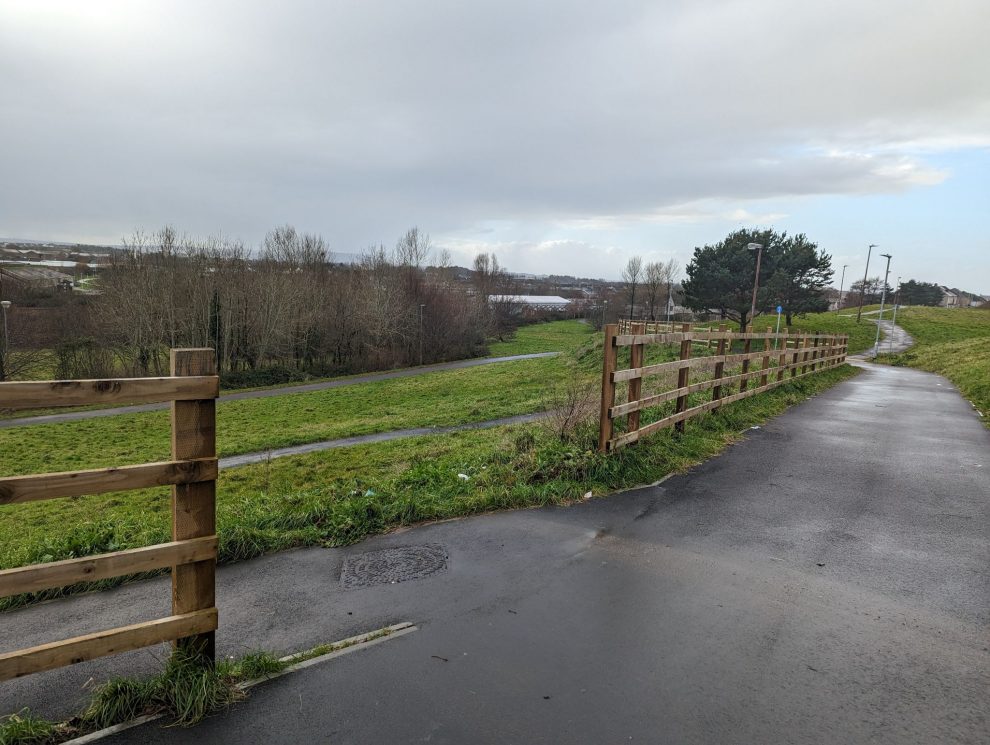 DISTRESSING footage passed to RSPCA Cymru has captured a man appearing to kick and beat a German Shepherd type dog which he’d tied to a fence in a residential street in Llanelli.

CCTV footage from Penyfan Road shows the dog being kicked in the head and body, before being roughly pulled along by its lead.

The dog then appears to be hung up on a fence and left struggling to stand on all fours, before being subjected to further violence.

A member of the public is then seen running towards the scene to intervene. A discussion follows, and the man eventually walks off with the dog down a footpath.

The RSPCA has been investigating the incident, which happened just after 11pm on 29 August, but lines of enquiry have so far gleaned no results. It hopes a public appeal will lead to someone who recognises the man or the dog coming forward.

RSPCA inspector Keith Hogben has made enquiries locally and also spoken to the person who witnessed the disturbing incident. He said: “The level of violence being inflicted on this poor dog is very disturbing to see and I’m very worried about the welfare of this animal. We would urge people living in this area to check their CCTV or doorbell footage and to get in touch with us if they recognise this man. We think he may well live locally and someone may have seen him walking the dog.”

The man is wearing a white t-shirt with a dark jacket and possibly jeans. Anyone with information  is urged to contact the RSPCA’s appeal line, in confidence, on 0300 123 8018.