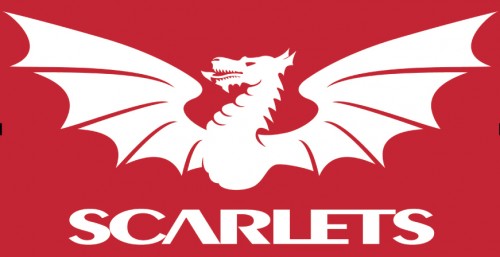 SCARLETS made it two wins from two in 2023, holding off Cardiff at the Arms Park to claim back-to-back Welsh derby victories.

Having surged into a 19-3 lead in the first half, the West Walians had to withstand a determined home fightback to secure a third URC win of the campaign.

The all-action Vaea Fifita took the player of the match award, but young centre Joe Roberts wasn’t far away from the accolade, producing a superb all-round display alongside skipper Jonathan Davies in midfield.

Dane Blacker, Johnny McNicholl and Jonathan Davies touched down for the Scarlets’ tries – all in the first half. After that it was the metronomic right boot of Halfpenny that kept the capital side at arm’s length.

After Cardiiff, through the boot of fly-half Jarrod Evans, had opened the scoring in the second minute the  Scarlets’ responded swiftly – to the delight of a large, vocal Scarlets contingent in a bumper crowd of 10,486.

Some concerted pressure took play into the home 22 and when a penalty was awarded, Blacker took a lightning quick tap and caught the Cardiff defence on their heels to dive over. Halfpenny converted.

Both sides were creating plenty of opportunities only for handling errors to frustrate them.

Centre Roberts was enjoying an outstanding half and after ripping the ball clear, he set up a promising attack only for the ball to be lost. However, the officials spotted a high challenge by Loepti Timani on Roberts and the home lock was shown yellow by Irish referee Joy Neville.

Scarlets made the 14-men of Cardiff pay with two quickfire tries in as many minutes.

On 27 minutes, sharp passing and off-loading from backs and forwards freed Johnny McNicholl, who dived in at the corner for his 51st Scarlets try.

Then from the kick-off the visitors struck again.

No. 8 Carwyn Tuipulotu, on his first start of the season, powered upfield, Patchell sliced open the Cardiff defence from deep before feeding McNicholl on the touchline. The winger chipped ahead and the ball took a wicked bounce on the artificial surface before being gathered by skipper Jonathan Davies.

Into the wind, Halfpenny judged the conversion to perfection to push his side 19-3 ahead.

Back up to their full complement, Cardiff struck before the break with a try from Wales international Taulupe Faletau to make it 19-10 at the interval.

Halfpenny found the target again four minutes after the restart before Cardiff claimed their second try from prop Rhys Carre – moments after Scarlets loose-head Steff Thomas had been yellow carded for a high tackle.

That meant only three points separated the sides going into the final 18 minutes, but Halfpenny added another three pointer and although Aaron Shingler was yellow carded late on, Scarlets were able to see out the contest for another priceless victory over Welsh opposition.