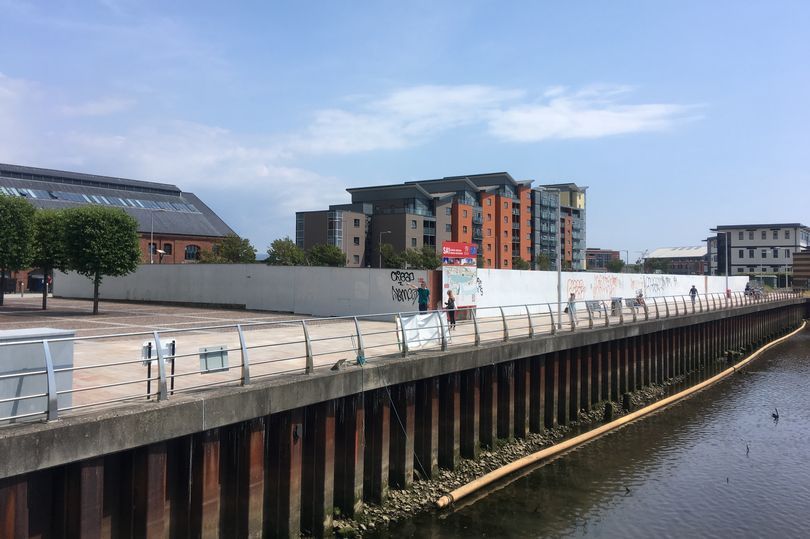 MORE than 100 affordable flats could be built on a plot of former Swansea dockland.

Everstock Development Ltd and Swansea-based Coastal Housing Group want to develop the brownfield site off Kings Road, SA1. The project would include a cafe facing across a square towards the Ice House.

The land already has planning permission for a building up to 11 storeys comprising 91 flats, a commercial unit and two levels of basement parking, but apart from some piling work that scheme wasn’t taken forward.

The plan now is for 104 affordable one, two and three-bedroom flats, two gardens, undercroft parking for 86 cars together with 17 electric vehicle charging points, and 60 indoor bike spaces. The building would be five storeys at its highest point, with the ground floor raised slightly to mitigate future tidal flood risk.

Air-source heat pumps and solar panels might generate heat and light for the flats, meaning no gas boilers would be needed.

A planning statement by Asbri Planning, on behalf of Everstock Development Ltd and Coastal Housing, said: “The overall need for the affordable residential units is considered to outweigh any impact that the proposal may have towards the character of the area.

Notwithstanding this, the proposal in terms of design is considered to be sympathetic to the surrounding area.”

According to the planning documents, the site was once Tawe riverside land before mudflats on what is now Fabian Way were reclaimed with the building of the Prince of Wales Dock, which opened in 1881. It was then home to a rail yard and a warehouse.

Swansea still has docks, but the old dockland area now known as SA1 has been redeveloped over the last two decades into houses and flats, hotels, offices, shops, a university campus, student accommodation, a medical centre and private hospital.

A pre-consultation on the outline planning application to Swansea Council is being carried out by Asbri Planning on behalf of the joint applicants. It closes on February 9.