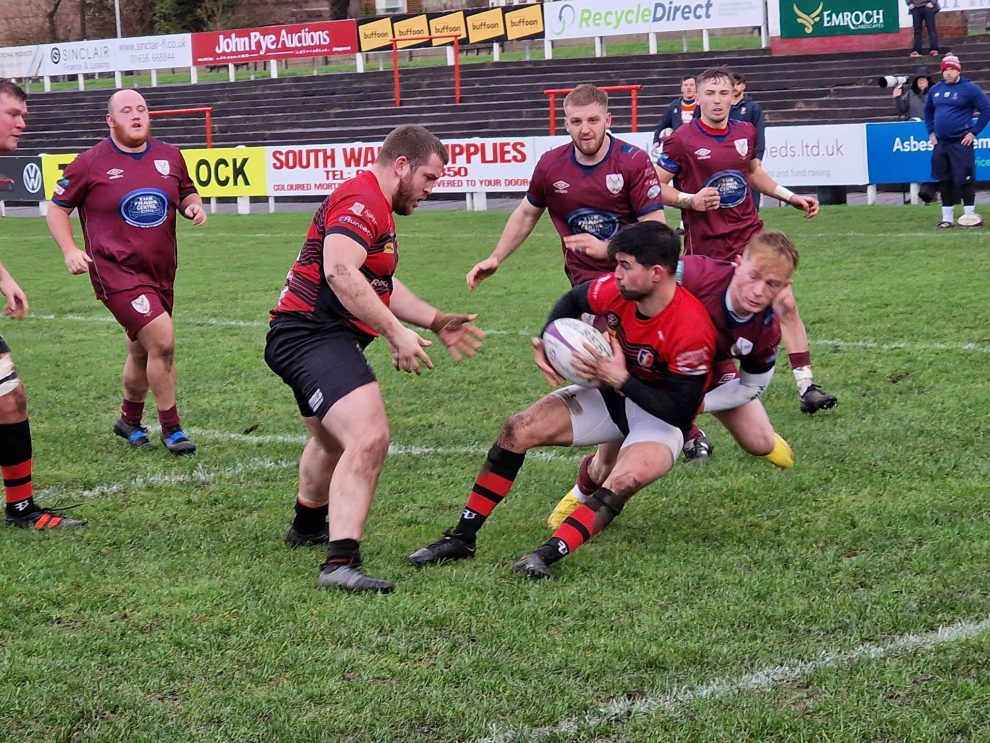 ABERAVON kept hold of second place in the Indigo Premiership table as they beat Swansea 22-8 on Saturday (Jan 7).

The first score of the game came after nine minute as Rhys Jones landed a drop goal for the Wizards. Swansea were level three minutes later with a penalty.

But just two minutes later Aberavon were back in the lead as Luke Davies went over for the try which was then converted by Jones.

Both sides battled away in the tricky conditions but it remained 10-3 until half time.

An early yellow card in the second half put Swansea on the back foot and just two minutes later the home side had their second try of the game.

Jon Phillips touched the ball down but the conversion was missed.

Five minutes later they had their third try as Andrew Waite crossed the whitewash before Jones added the extras to take the score to 22-3.

With just over ten minutes to Aber had Ashton Evans sent to the sin bin but Swansea could not make their man advantage count.

The Whites did manage an unconverted try with the last play of the game but it proved to be a consolation effort.