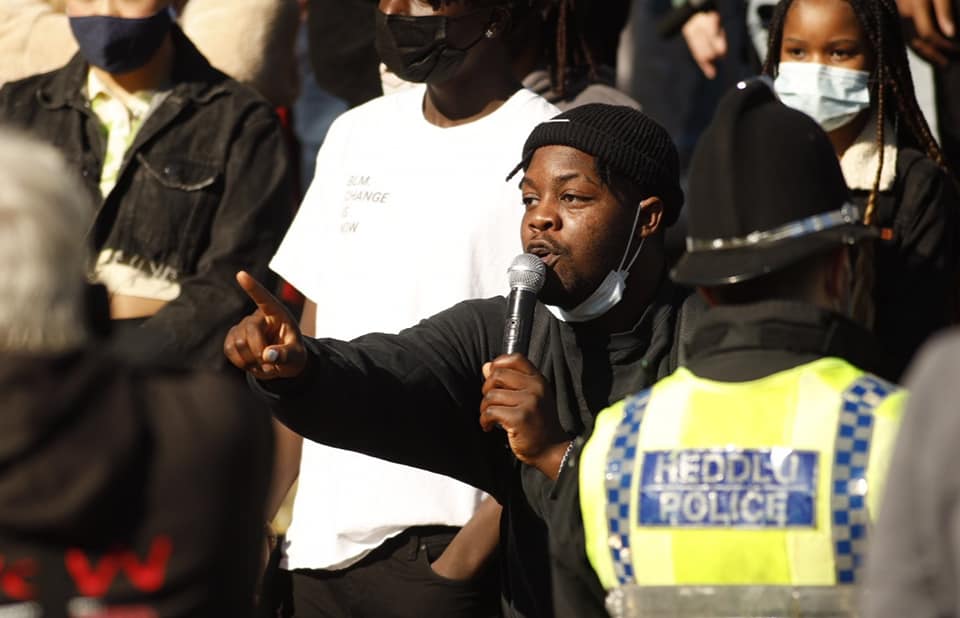 THE WAS a large crowd of protestors in Swansea city centre on Saturday afternoon (Feb 27) protesting as part of the Black Lives Matter movement. Around fifty people, with placards and a sound system were present near Castle Gardens, despite the current coronavirus lockdown making the gathering unlawful.

South Wales Police were in attendance, and the protest was relatively peaceful.
A witness at the scene said that protestors were not socially distancing, and were ignoring repeated pleas from police officers to stand further apart.

Various people at the demo took it in turns to give speeches, with a microphone and speakers, which were set up especially.

Badger and the Return to Normal Service