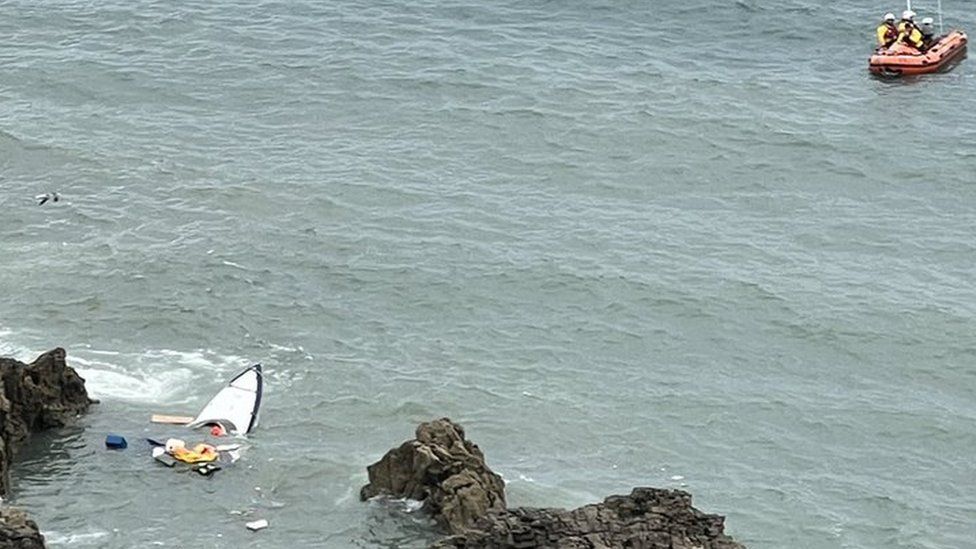 MUMBLES COASTGUARD has confirmed that five people and a dog have been rescued after their vessel sank and snapped in half.

The alarm was raised after an off-duty lifeboat crew member spotted the boat just off the rock at the South Wales coast.

Luckily for those onboard, the vessel sank near rocks making it easier for them to scramble to safety.

The boat was overloaded and is said to have had no safety equipment on board.

The vessel snapped in half and the engine fell off.

A Mumbles Coastguard spokesperson said: So lucky this happened at the base of a cliff to allow a short time in the water and a scramble to safety.

“Some non-swimmers on board clearly badly shaken by the ordeal.

“Engine was unresponsive at best and practically zero safety equipment and totally overloaded.

“They had no means of raising the alarm. Lifeboat crew member called it in whilst sitting on the beach with her family. We were on scene in minutes with the lifeboat.

“The engine fell off and the boat broke in two. Lucky, lucky people.”