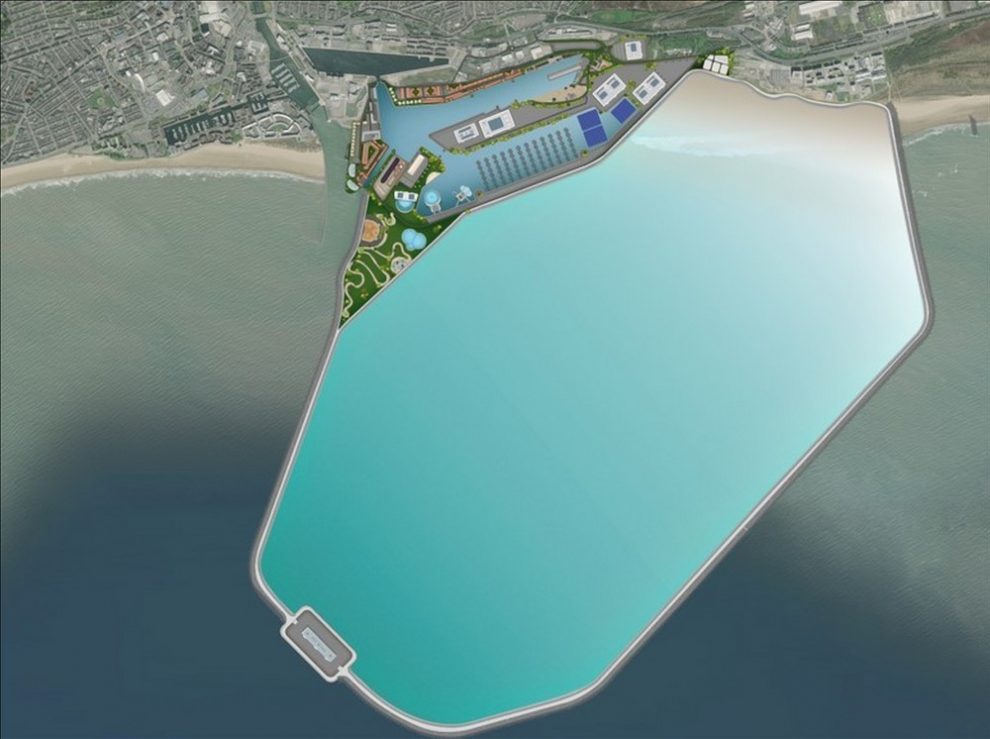 A MULTI-BILLION-POUND renewable energy project featuring a tidal lagoon is very likely to go ahead in Swansea and could well mean cheaper electricity for residents, according to senior council figures.

Deputy council leader Cllr Andrea Lewis said the scheme, known as Blue Eden, “will absolutely be delivered” while chief executive Martin Nicholls said it appeared to be fully funded by the private sector.

The topic had been raised at a council scrutiny meeting by Karen Lawrence, of Swansea Climate Action Network, who asked why the city didn’t have a tidal energy lagoon up and running.

Cllr Lewis said she felt Swansea should have had one by now but that a previously-proposed lagoon hadn’t got the government-backed support needed.

She said the new Blue Eden project had plenty of private investment and added: “This will absolutely be delivered – it’s actually a far more improved scheme than it was.”

Blue Eden is being taken forward by a Bridgend-based Batri Ltd and DST Innovations with support from the council.

The phased project at SA1 aims to deliver an electric battery manufacturing plant and battery storage facility, a tidal lagoon in Swansea Bay and floating solar farm within it, a data storage centre, a green hydrogen production facility, an oceanic and climate change research centre, and hundreds of waterfront homes. It would take more than a decade to complete.

Cllr Lewis said offshore wind was also part of the mix as well as a system of piping heat to nearby properties known as district heating.

Two months ago the council announced that several companies, including engineering firm Siemens, were on board with Blue Eden.

Cllr Lewis said “it stacks up commercially” and added that the project, if replicated elsewhere, made more sense to her than investing in new nuclear schemes.

Ms Lawrence then asked why the public sector City and County of Swansea Pension Fund didn’t appear to be funding Blue Eden rather than private sector investors who, she claimed, would take the profits.
Chief executive Mr Nicholls said the pension fund had been “positively receptive” to previous tidal lagoon discussions but that no investment had been sought from it because “the private sector has come forward with what appears to be a fully-funded project”.

This didn’t mean, he said, that the pension fund wouldn’t have an opportunity to invest.

Mr Nicholls said a report would be brought before cabinet in February or March setting out a timeline for potential delivery of Blue Eden and that work could get under way within 18 months although the lagoon element would start later because of consent requirements.

He added: “We are currently working with a third-party developer who intends to deliver the project entirely with private sector investment.”

Mr Nicholls said the council would require the developer “to ensure the opportunity for green and cheap electricity and heat” to benefit residents in Swansea and the surrounding area.

There would also, he said, be a “significant” community fund as part of any consent that would pay for more renewable energy projects in Swansea.

He added: “I can absolutely assure you that when this project is delivered it will be a worldwide first and we will certainly be maximising the opportunity to export that product elsewhere in the UK and worldwide.”

In answer to the concern raised about private sector investors taking the profits Mr Nicholls said it was unlikely that the public sector would take the risk of investing in a new project costing costing billions of pounds like Blue Eden.

But he added: “Where the previous [tidal lagoon] proposals were a challenge was that the public sector were underwriting that project and then the private sector were taking the profits. That would not be the case with the project that is currently devised but that does not mean the public sector and the residents of Swansea would be squeezed out”.

Mr Nicholls said the council and the developer were in contact with the Welsh Government about Blue Eden.

“The Welsh Government have certainly indicated that they are supportive of the project although there has been no direct request for financial assistance by the developer,” he said.

New charges could be a shock for motorists but concessions available for residents, says council.
Swansea Council’s poverty truth commission cited as a good project