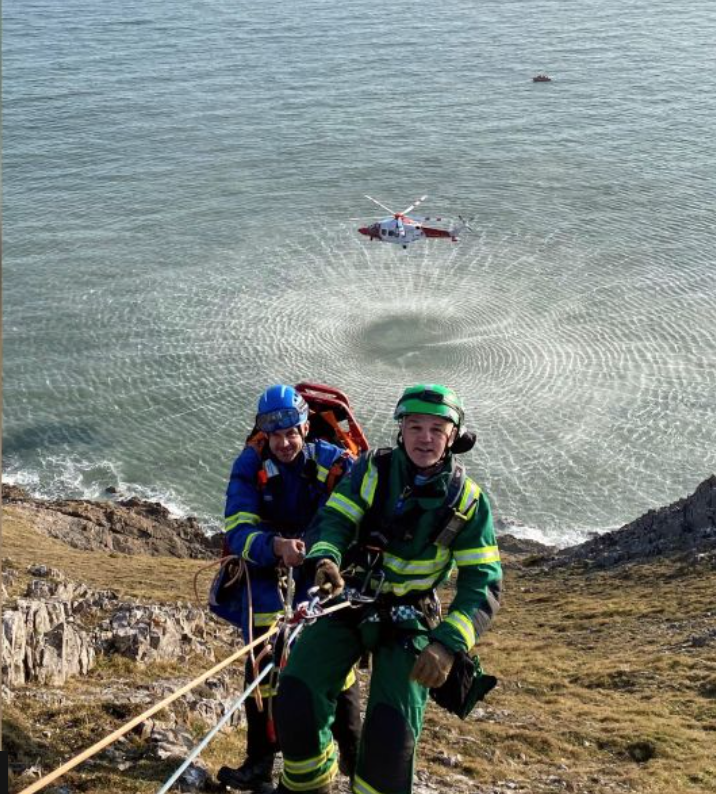 AN injured man who had become stuck in Minchard Hole on Gower needed assistance from multiple agencies on Sunday, March 27.

Mumbles Coastguard were alerted to the incident at 12:30pm and, due to the persons location, paramedic teams needed to climb down the cliff to treat the man after the RNLI had removed him from the water.

Once he had been stabilised, he was put on a stretcher and winched to the clifftop before being taken to hospital by helicopter.

The agencies involved in the rescue of the casualty were South Wales Police, Coastguard rescue teams, the RNLI and the Welsh Ambulance Service.

Mumbles Coastguard wished the man a quick recovery before thanking its colleagues who gave up their time on Mother’s Day to take part in the rescue operation.