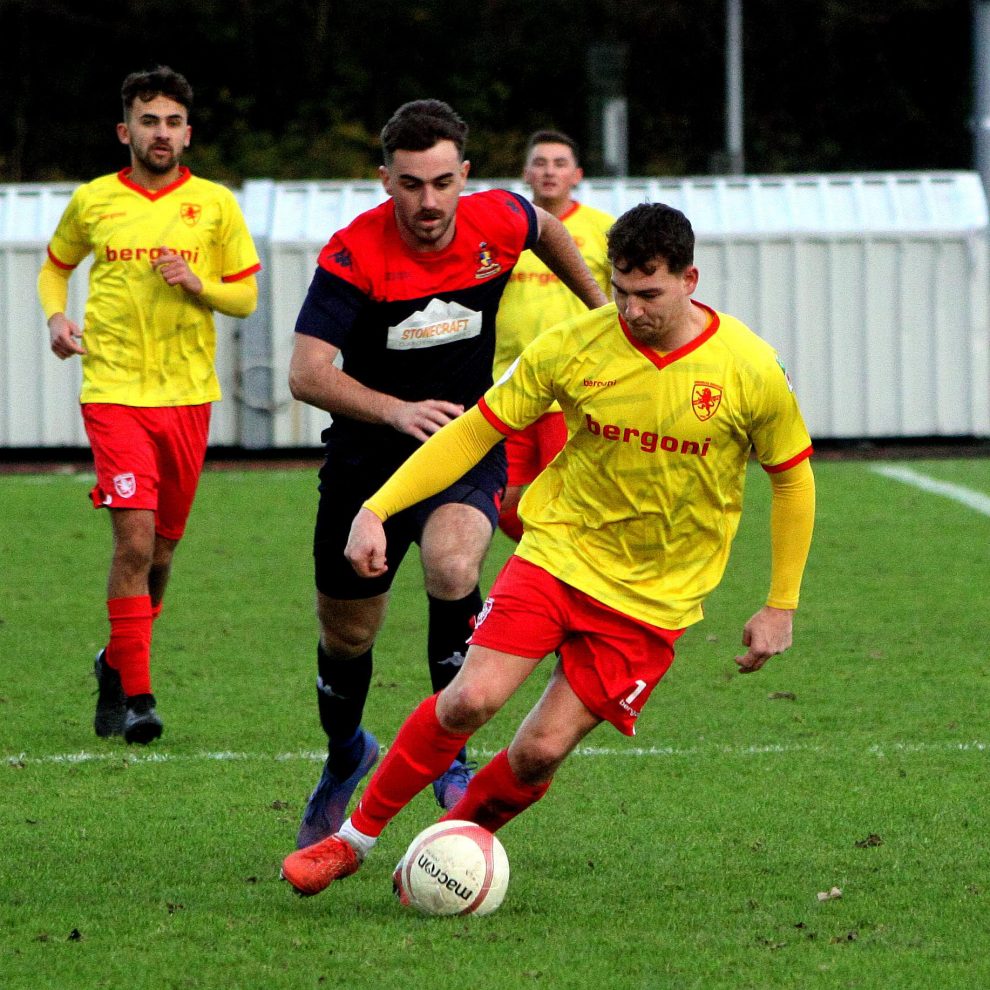 GOALS from Rangers Jordan Lloyd – Evans in the first half after 21 minutes and James Loveridge after 69 minutes in the second half sealed the win against the table toppers.

Rangers goalkeeper Sam Goodwin had an eventful game making some excellent saves early doors in the game and picking up an injury in the second half that did hamper his agility and kicking of the ball but he played on to the end.

Pontyclun hit the crossbar in the first fifteen minutes of this game before Rangers scored the opening goal.

Rangers’ Jordan Lloyd-Evans scored when he whipped the ball in to the visitors penalty area from some twenty yards out from a wide angle. The trajectory of the ball deceived the opponents defence and nestled into the corner of the net. 1-0.

Rangers Elliot Smith hit the post not long after the first goal but Rangers could not capitalise on the rebound of the ball.

The second half started with both teams contesting for possession. The red mist descended though and the first red card was shown to Rangers Manager Kurtis March after 59 minutes.

Rangers kept their composure and it was Rangers striker James Loveridge who rifled in a low shot from distance and beat the diving goalkeeper with the ball hitting the net just inside the goal post. 2-0.

The second red card of the game went to Pontyclun’s Jack Teisar 14 minutes later. Then a third red card was shown to Rangers Ricky Kerr after 90 minutes after picking up a second yellow card.

The final red card was shown to Rangers Jordan Lloyd- Evans in the 95th minute.

Pontyclun pulled a late goal back deep into added on time through substitute Matthew Jacka but it was all too late for the visitors as the final whistle blew. The game was very competitive but played in good spirits by both teams. Another good home win for Rangers against the league leaders