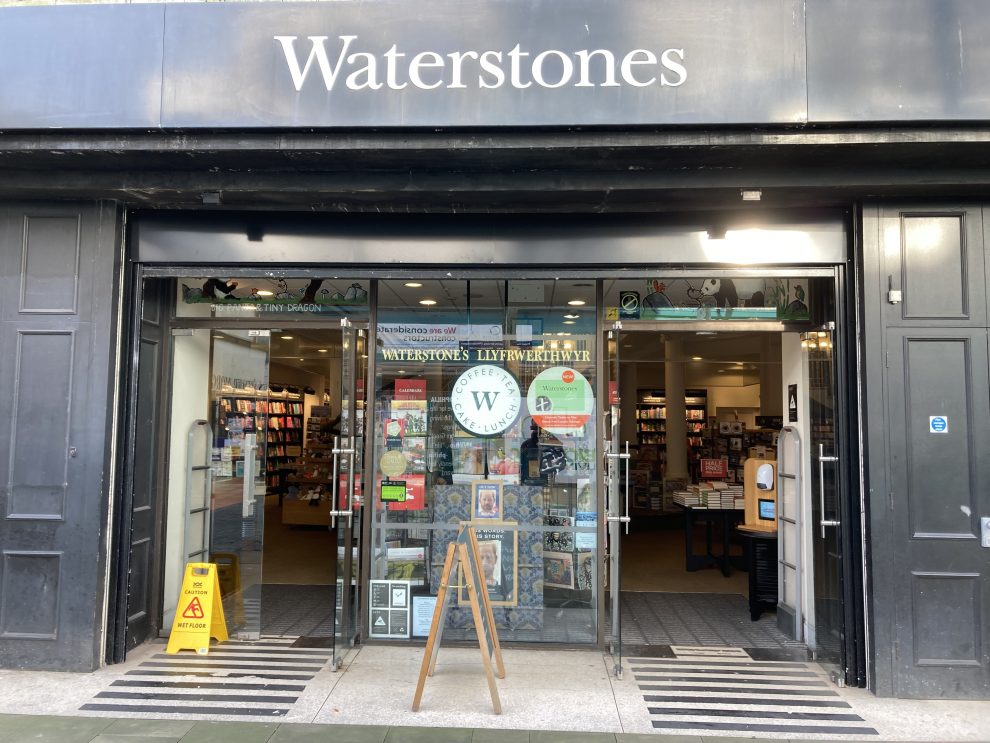 WARM air disappeared through the open doors of shops and into the winter sky on the same day up to a million UK householders and businesses were paid to use less power to avoid blackouts.

Some shops operate an open door policy to welcome customers and help signal their premises are indeed open.
There is nothing wrong with that but some people might find it rather odd when gas and electricity prices have gone through the roof and we’re being encouraged not to waste energy.

Around a third of shops on Swansea’s Oxford Street had their doors open on January 23 – the day National Grid activated a measure allowing customers from 26 suppliers to receive discounts by cutting their electricity use between 5pm and 6pm. The grid operator even ordered three coal-fired power stations to begin warming up in case they were needed to generate electricity due to a spike in demand but they were subsequently stood down.
National Grid, which repeated the discount offer for low-use households on January 24, has insisted that people should not be worried. But the blackout-avoiding measure seems to jar with the sight of open doors leaking hot air from our high streets.
The temperature was forecast to be around 5C in Swansea on January 23 and hats, scarves and gloves were the order of the day. It certainly didn’t feel any warmer although weak sunshine dribbled onto parts of Oxford Street.

Asking shop staff about their door policy elicited a mixture of bafflement and irritation, but also some knowing nods.
Most referred me to their head office, indicating they were following company policy. That was the case with second-hand shop ReGenerate, where a member of staff said the company provided them with branded fleeces to help keep warm.

The 2010 Equality Act protects the rights of people with disabilities in being able to access shops and other everyday services. Open doors help in this regard.

One of the Oxford Street clothing shops with open doors was Yours. A spokeswoman for the company said: “An open door welcomes our customers and for the large number with access/mobility issues it is fully inclusive.”

Bookshop Waterstones had its doors open but a company spokeswoman said it was at the discretion of the branch manager to close them when appropriate, such as when it was particularly cold.
“We do not have an open door policy,” she said. “We use energy-efficient systems and make every effort we can to make our bookshops environmentally-friendly, but our shops may have their doors open to invite customers in and give easy access, including to parents with buggies or wheelchair users.”

A spokeswoman for Savers said: “In Savers stores that have manual doors, our policy is to keep the doors open to ensure we are providing easy accessibility for all customers entering our premises.”

The Local Democracy Reporting Service also contacted open-door shops Peacocks and River Island – but did not receive responses at the time of going to press – and tried to contact Bonmarche and Entertainment and Exchange, .

A comment on the subject of accessibility was requested from the charity Disability Wales, while the UK Government’s Department for Business, Energy and Industrial Strategy and the Energy Saving Trust were also approached.
Rarely a week goes by when energy is not in the news, be it affordability concerns, the security of supply, or the pressing need to reduce the carbon emissions associated with the use of gas, oil and coal. Then there is the question of where the the billions of pounds of UK Government energy subsidies for householders and businesses are coming from.

The Welsh Government has just announced it aims to generate 100% of the country’s electricity needs from renewable sources by 2035, while a £300 million Westminster package of support is being touted for Tata to help decarbonise the steelworks at Port Talbot.
Last week a Norwegian energy company boss told the BBC that it was doubtful that gas and electricity bills would return to a time when the typical UK household was paying around £1,300 a year.  Anders Opedal, of Equinor, said “we need to treat energy as something that is not abundant”.
Bricks and mortar businesses, like those in Oxford Street, have had a torrid time since 2020 with Covid restrictions, supply bottlenecks, inflation and a consumer cost-of-living crisis. Their calls for support such as rates and energy relief feel justified, but maybe we all have to think of energy as precious.

Andrew Opie, director of food and sustainability at the British Retail Consortium, said: “Retailers are focused on reducing all costs, particularly energy at the moment and delivering ‘net zero’ commitments. However, they also need to ensure they are profitable businesses, attracting customers into their stores.”