Home » Trefelin blow Reds away in first half 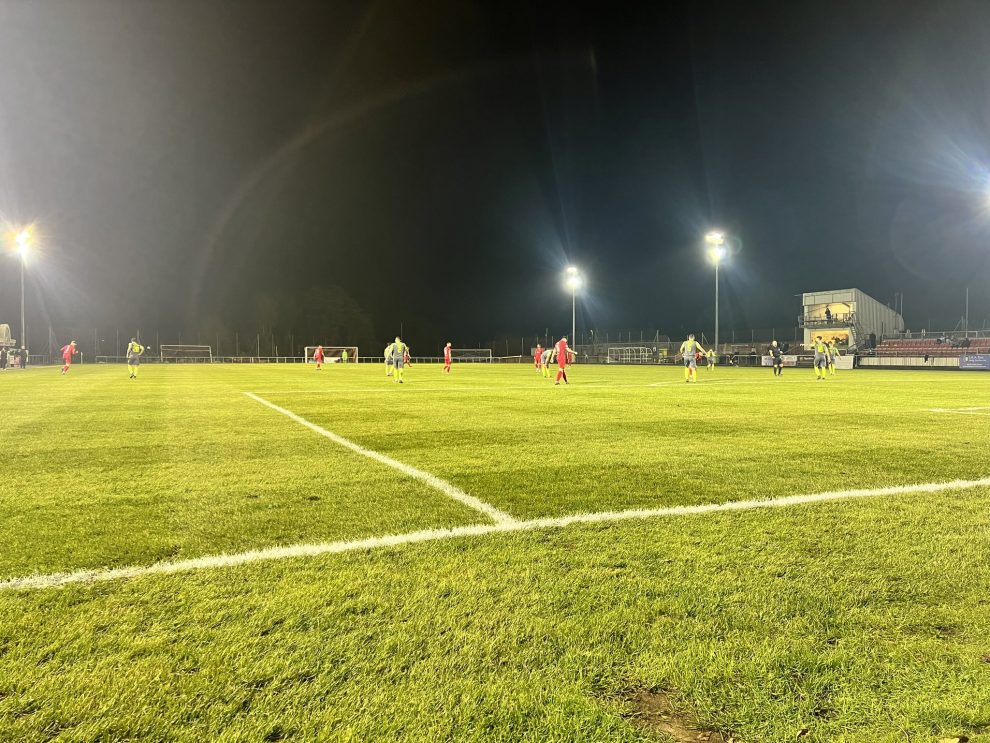 AN excellent first half performance from Trefelin helped them to a 4-1 win over Llanelli Town on Tuesday, December 6.

Despite having a full-strength squad take to the field, Llanelli were comprehensively outplayed by their opponents, particularly in the first half, and found themselves three goals down at the break, and although there was a marginal improvement in the second period they still emerged as second-best.

Trefelin arrived at Stebonheath with a number of ex-Reds in their ranks, including manager Andrew Mumford, with Zac Brown, Joe Clarke and Jordan Davies in the starting line-up and Ross Jones on the bench, and they were on top from the outset, with the hosts hard-pressed to contain them.

It was no surprise after a period of intense pressure when the visitors took the lead on 14 minutes following a corner swung into the goalmouth which was not dealt with by goalkeeper Scott Coughlan, allowing Clarke to bundle the ball home into the roof of the net.

Five minutes later the advantage was doubled as another set-piece found Joseph Jones in the box who, completely unchallenged, powered his header past Coughlan, leaving the home side with a mountain to climb even at this early stage in proceedings.

Even finding themselves trailing did not seem to impact on the way the Reds were approaching the contest, with far too many passes going astray and a general lack of urgency to their play, resulting in little in the way of attacking options on their opponents` goal, with keeper Keenan Bailey having a quiet match.

Trefelin continued to call the tune and the home goal survived some close calls, before a rare foray into the visitors` half ended with Thomas Hillman firing just over after Sean Cronin set up the chance.

Brown was causing problems whenever the visitors were awarded free kicks, twice coming close to finding the target before he eventually did so on the stroke of half time, being the recipient of a move which began in midfield when the Reds coughed up possession and finished off by him to virtually put the contest to bed.

With nothing to lose, the hosts made four changes prior to the start of the second half with Ryan Bevan, James Parry, Keane Watts and Louis Gerrard replacing Eli Phipps, Taylor Marsh, Dylan Williams and Kyran Steadman respectively, and they did show more positivity during this period, having more of the ball and at least getting stuck into their opponents, although again not seriously testing Bailey.

Cronin directed his header over the top from a reasonable position from a Watts delivery, and on the hour the Reds did eventually pull one back through Adam Robbins who finished off a move which culminated in the visitors` penalty area.

This was about the only chance which presented itself as the final half hour or so belonged to Trefelin, who might have extended the lead when Roan Piper found himself free on goal with only Coughlan to beat, but dragged his finish badly wide.

They were more successful on 82 minutes when a clumsy tackle by Jamie Baker in the box on Damon Thomas led to the award of a penalty, and the spot kick was easily converted by Steve Berry to complete a miserable overall experience for the home side.