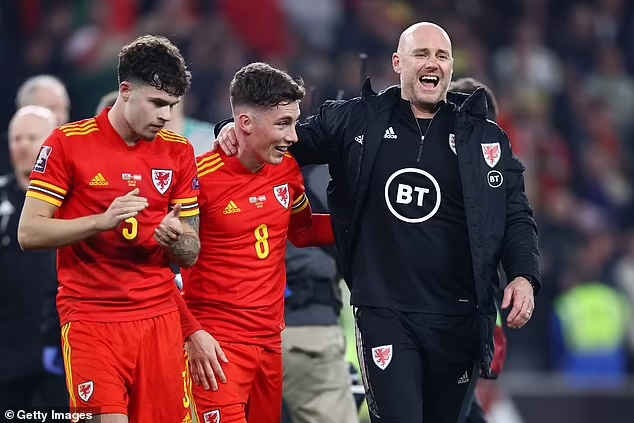 Rob Page returns to his hometown of Tylorstown tonight, to announce the Cymru squad for the 2022 FIFA World Cup. The squad announcement will take place in Tylorstown Welfare Hall.

The Welfare Hall will host a live television broadcast simultaneously across BBC One Wales and S4C, meaning that nobody will miss out on learning who will be making the journey to Qatar later this month.

Tylorstown is in the heart of the Rhondda Valleys, an area with a significant link to the 1958 World Cup through Jimmy Murphy. Born in Treharne Street, Pentre, Murphy guided Cymru to the quarter-finals of the 1958 World Cup.

It’s now Page’s turn to follow in those footsteps as Cymru make their first appearance in a FIFA World Cup since Murphy led the team. Page will be visiting various areas of the Rhondda throughout the day ahead of the squad announcement at Tylorstown Welfare Hall.

The Welfare Hall was built in 1933, in what was a thriving mining town. Welfare halls were a large part of Welsh culture during the 20th century, funded by the general public and seen as a place of community outside of work and home.

Due to recent damages caused by flooding, Tylorstown Welfare Hall requires funding for its refurbishment project to continue its fantastic community activities. Therefore, tickets for the event were made available to the local community with all proceeds going directly to the Welfare Hall. The tickets sold out within an hour of going on sale. Following the live broadcast, Page will hold a Q&A with the local audience in attendance.

Live coverage of the squad announcement will start from 6:30pm on S4C and from 7:00pm on BBC Wales. There will be build-up from the Rhondda throughout the day across television, radio and the FAW’s social media platforms.