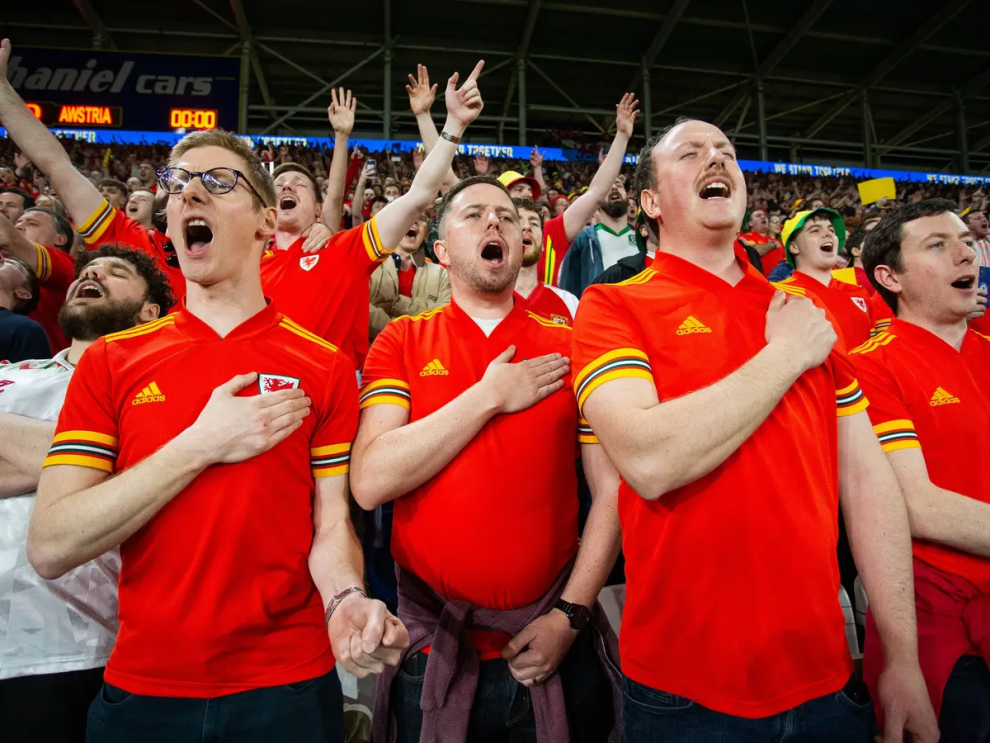 The original version of Dafydd Iwan’s famous Welsh language song Y’ma o Hyd’ has entered the UK iTunes chart top 10 for a second time this year and currently sits at number 9, however the re-mastered version featuring the Red Wall sits at number 41 (but still rising).

The remastered version was released by the Football Association of Wales (FAW) on Monday.

The video to accompany the song includes archive footage documenting the country’s tumultuous past and key moments from Wales’ footballing history.

Despite the song first being released in the 1980s; in recent years, it has become synonymous with the success of the national side, with thousands of supporters singing it at every game.

“Language can divide,” Dafydd Iwan explained in an interview with ITV News.

“But we’ve always said that the language belongs to us all.

“I think this has helped to bring people together and a lot of non-Welsh speakers have told me ‘it’s so great to be a part of this’.”

He continued: “Let’s hope that it’ll continue and the spirit will get through to the team and – who knows?”

Mr Iwan went on to explain why Yma o Hyd seems to have struck a chord with so many people decades since its release – even among those who can’t speak the language.

He said: “This kind of song is pertinent to most nations, most people and I hope there is a little bit of that in it as well. It’s not just us. It’s us and everybody else.

“Everybody likes to celebrate the fact that they can overcome difficulties and perhaps that’s a part of the appeal of the song.”

Rob Page comes home tonight for World Cup squad announcement
Sepp Blatter: It was a ‘mistake’ for Qatar to host the World Cup