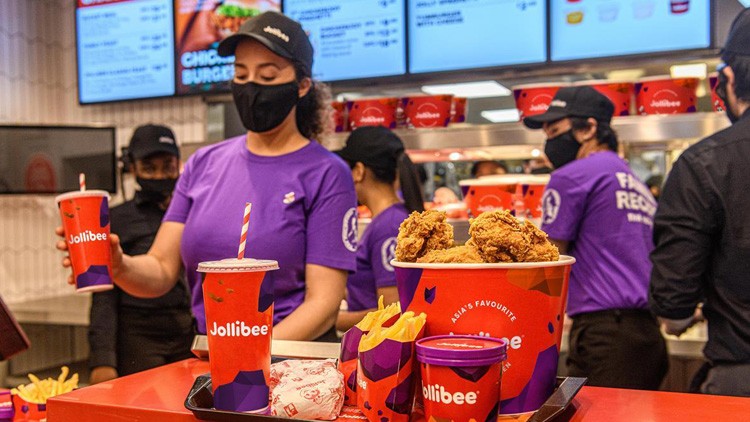 JOLLIBEE has opened its doors to the people of Cardiff, with the global restaurant chain’s first store launch in Wales. A queue of approximately 125 people started forming at 6am this morning, wrapping around the store on Queen Street, stretching down Charles Street, as Jollibee fans eagerly awaited a taste of Jollibee’s world famous fried chicken.

Adam Parkinson, Business Head of Jollibee Europe, said: “The turnout has been incredible and it’s encouraging to see the people of Wales really get behind Jollibee. This opening is very pivotal for us as Wales is an important country to expand into and key to our success as we continue our growth across Europe. We are excited to embark on this new and exciting journey in Wales!”

Jollibee’s launch queues are renowned around the world due its cult following. The restaurant is famous in the Philippines and draws hundreds of fans. The brand is excited to welcome Welsh customers through the door and serve up the crispiest and juiciest fried chicken around. From Manila to London, Liverpool to Leeds and now Cardiff, the brand has big ambitions to rival the major fast-food names in the UK and Europe.

Jollibee is a much-loved restaurant chain, founded in 1978 by Tony Tan Caktiong in the Philippines. Tony, the son of Chinese immigrants, built up his business from humble ice cream store beginnings, then later on expanded his offering to a selection of hot food. The brand continues to be owned by Jollibee Group and is now the market leader in the country’s restaurant industry, with over 1,478 locations around the world as of December 31, 2020.

Parent company, Jollibee Group, now has over 5,800 stores globally and operates in 33 countries. Jollibee Group also owns and operates Chowking, Greenwich, Red Ribbon and Mang Inasal in the Philippines; Yonghe King and Hong Zhuang Yuan in the PRC; Smashburger in the US, Highlands Coffee, mostly in Vietnam and The Coffee Bean and Tea Leaf®. Jollibee Group also owns the franchise of Burger King, PHO24 and Panda Express in the Philippines, Dunkin’ Donuts in certain territories in the PRC, and Tim Ho Wan in Shanghai, PRC. The company is listed on the Philippine Stock Exchange.

Badger, Freedom, and the Pretend Patriots