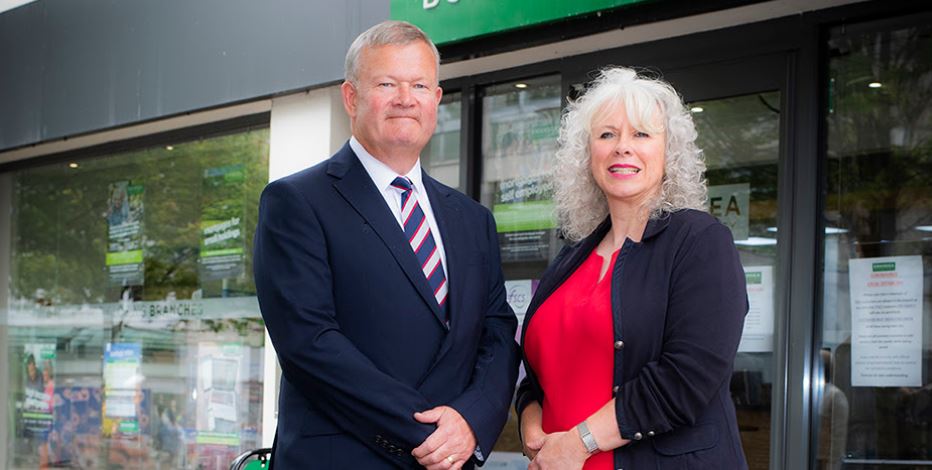 SWANSEA Building Society’s Carmarthen branch has achieved a new record for mortgage and savings balances, passing the significant milestone of £100 million for both.

The branch, which opened in October 2015, has now surpassed the £100 million mark in mortgage balances, with over 600 mortgage accounts at the end of February 2022. It has also passed the same milestone in savings, with over £100 million in its 4,473 members’ savings accounts.

These figures are all the more impressive considering the branch has been in operation for only a little over six years.

The Society attributes the success of its mortgages to its flexible approach to lending, particularly to professionals, company directors, the self-employed, and upon properties which ordinarily sit outside the standard criteria of other lenders. This approach has been particularly welcomed by West Wales business and farming communities.

The Society’s face-to-face approach to delivering its services, along with building a strong team – the majority of whom are Welsh speaking – have been cited as instrumental factors in the popularity of the Society’s Carmarthen branch.

The Society has further attributed the swift growth of mortgage and savings balances to the proactive approach taken by Area Manager Sioned Jones, who has built a strong network within the West Wales professional community.

Sioned Jones, Area Manager West Wales at Swansea Building Society, said: “We are delighted to have rapidly reached the £100 million milestones in both mortgages and savings. I believe the Society’s ability to take a practical view of customers’ requirements, not simply relying on a credit scoring system, has proven highly effective and very popular with the West Wales community. This more traditional approach to both mortgages and savings has been fundamental to our success.”

Alun Williams, Chief Executive of Swansea Building Society, added: “These £100 million milestones for both mortgages and savings accounts are incredible achievements for our Carmarthen branch. They have come about thanks to a great team effort from everybody at the branch and are a tribute to the Society’s personable, face‐to‐face business model, which enables us to understand people’s individual circumstances and develop niche products to meet their needs.

“This success comes as the culmination of our significant investment in infrastructure, staff and technology, which all have one aim in common: to allow customers to communicate with us in whatever way is most convenient to them.”

One of Ashmole & Co’s longest serving Partners set to retire