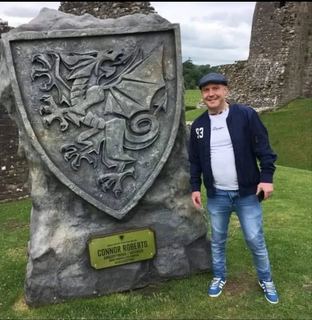 The Major Crime Investigation Team at South Wales Police have charged 34 year-old Carrie McGuiness, of Ynys Close, Rhydyfelin, with the murder of Steven John Davies. She will appear before Merthyr Tydfil Magistrates Court on Tuesday, 21 June.

Steven’s mum, Donna, and his sister, Adrianne, have paid the following tribute to him: “My beautiful baby boy who has been tragically taken from us. We are heartbroken and absolutely devastated. Our lives have been ripped apart and destroyed and will never ever be the same again.

“Steven had a heart of gold and would help anyone before thinking of himself and always have time for anyone. He was a polite and well-mannered young man. He was a loving, doting brother to Adrianne, they were each other’s world.

“‘Hagi’ was loved by all his family and friends and by anyone who met him. He was popular and so loved in the Rhondda and Pontypridd areas. You will always be in our hearts and never forgotten. Fly high with Daddy our boy xx.”

Officers investigating the murder are continuing their appeal for information. They want to speak with anyone who may have seen Steven between Thursday, 2nd and Saturday, 11th June.

Senior Investigating Officer, Detective Chief Inspector Mark Lewis, said: “I am extremely grateful for the support we have had from a number of communities whilst we’ve been carrying out our enquiries.

“Steven was most commonly known by his nickname ‘Hagi’ and was well-known throughout Glyncoch, Rhydfelin and Llwynypia.

“We are trying to piece together his movements and urge anybody who saw him to make contact if they haven’t already,”

Anybody with information can contact South Wales Police via the following link https://mipp.police.uk/operation/62SWP22B50-PO1