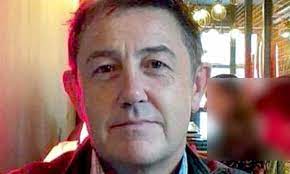 THREE people have been sentenced for the murder of Gary Jenkins who died after being assaulted in Bute Park, Cardiff.

Dr Gary Jenkins, 54, was attacked during the early hours of Tuesday, July 20, 2021, and died at the University Hospital of Wales on Thursday August 5.

Edwards and Strickland must each serve a minimum of 33 years.

Timms-Williams must serve a minimum of 18 years.

All three pleaded guilty to manslaughter, robbery and section 47 assault of another but denied the murder of Dr Jenkins.

But following a trial at Merthyr Crown Court in February 2022, they were convicted of his murder and have now been sentenced.

“Professionally, he had a successful medical career as a Consultant Psychiatrist and was highly-respected for the expert care and support he provided to his many patients.

“The attack upon Dr Jenkins by the three defendants was cowardly and senseless in the extreme.

“The degree and duration of unnecessary violence inflicted upon him, together with homophobic abuse – all captured on audio, was both sickening and staggering – He did nothing whatsoever to warrant this.

“Nothing will fill the void in the lives of those who loved Gary and have suffered the heartbreak of losing him in the most devastating circumstances.

“We acknowledge the significant sentences given to the three defendants today, which reflect the homophobic and murder for gain aspect of the awful attack upon Dr Jenkins.

“No sentence regardless of its length can replace the pain that Dr Jenkins’ family are feeling. I hope that today’s sentences bring them a degree of comfort and allow them to rebuild their lives. Our thoughts will always be with them.”

South Wales Police is a strong advocate of LGBTQ+ communities and champions their rights through everything we do.

Cardiff has a long and proud tradition of recognising, celebrating and protecting equality and diversity.

Anyone who has concerns about hate crime is asked to please contact South Wales Police in confidence.

Send a private message on Facebook/Twitter

A hate crime is any crime motivated by hostility on the grounds of race, religion, sexual orientation, disability or transgender identity.

Paddleboarding Santas take to the water to fundraise for RNLI Penarth