Home > Education > Should Welsh lessons be given for free?
Education

Should Welsh lessons be given for free? 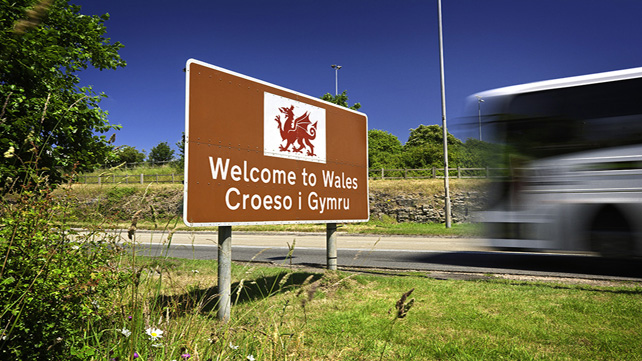 IN the last year, during the awful months of lockdown due to the COVID-19 pandemic, there has been a rise in the number of people learning the Welsh language on apps such as Duolingo. Since 2020, the app has stated that the number of Welsh learners has risen by 44% and that the Welsh language is the “fastest growing language in the UK” with many beginning the journey of learning a new language amidst the boredom of lockdown.

However, with the likelihood of lockdown being lifted round the corner for England at least, here in Wales the Welsh Government has pledged to have a million Welsh speakers by 2050. With such hopes to boost the language, surely it is only fair to pose the question should the Welsh Government fund free Welsh lessons for all who choose to learn it?

The Welsh language has been regarded as valuable and necessary in the workplace for years, in small businesses such as shops and many jobs ask that their candidates must be a Welsh speaker to progress in the application process. Considering its status as an official language of Wales, alongside English, and its necessary use in the workplace many Welsh language campaigners argue that it is essential that lessons be given for free.

Many more will point out that the app Duolingo is free of course, however everyone learns in different ways; some are happy with online apps like Duolingo others prefer books as a way of learning and some like face-to-face lessons to learn effectively. Therefore, many argue the Welsh Government should fund face to face lessons across Wales to encourage new learners to embrace our national language.

With the language being so essential to find a job in Wales, free lessons would help families who do not speak the language to have more opportunities as well as enjoy the language. Surely, raising the number of Welsh speakers and helping the people of Wales simultaneously should be a priority for the Welsh Government.

Not only is the language popular amongst Duolingo users but also amongst the general population of Wales. Over 60% of people in Wales who do not speak the language have voiced an eager interest in learning the language. In addition, over 80% of people across Wales have voiced a favourable opinion of the Welsh language and want to see it thrive regardless of whether they speak it or not, or if they speak Welsh as a first language or as a second language.

It is important to note that, many feel as though they have missed out on learning the language due to the education system in Wales and therefore, many feel it necessary that free Welsh lessons should be funded by the Welsh government in every community across Wales.

But sceptics question how exactly the Welsh government could fund lessons and achieve a rise in numbers. The first steps of success would be to create partnerships between the Welsh government and companies that advocate for the Welsh language such as Say Something in Welsh to set up a plan across the country.

Another important partnership would be Cymdeithas yr Iaith, or The Welsh Language Society as it is known in English, who are advocating for there to be more opportunities for everyone to use the Welsh language every day regardless of race, gender and social standing. Indeed, for the Welsh Government’s pledge of a million Welsh speakers by 2050 there has to be an opportunity in every community in Wales, no matter how big or small, in order for people to see the value in learning the language and ultimately successfully achieving the Welsh government’s goal.

In their book, Mwy na Miliwn (More Than a Million) by Cymdeithas yr Iaith, they state how even though the Welsh government has agreed to reach a million by 2050, “there is not enough investment, [by the government], in existing projects to extend the Welsh language and its use – for the past few years, there have been cuts to such projects that are in place to make more use for the Welsh language”.

Cymdeithas yr Iaith goes on to explain how the government has, on numerous occasions, undermined the existing space for the Welsh language such as forcing English on Welsh medium schools and hiring non-Welsh speaking employees in organisations like Parc Eryri, who only work through the Welsh language.

It shows that the Labour Welsh government is not worried about protecting pre-existing Welsh spaces and therefore, many Welsh language campaigners feel that the goal of a million speakers by 2050 is unrealistic because of their unwillingness to achieve that number.

Therefore, many Welsh speakers and non-Welsh speakers across Wales feel that free Welsh lessons are imperative in boosting the language. The Welsh language is a minority language and needs protection by the Welsh government especially as the people of Wales are so passionate about seeing the language thrive and succeed.

Therefore, with the rising pressure from organisations such as Cymdeithas yr Iaith and the evident popularity amongst users on Duolingo and the Welsh population in general, surely it is not only in the best interest of the people of Wales that Welsh lessons be funded for free, but it would be a sensible move on the Welsh government’s part in securing interest in the language and reach that goal of a million.

FUTURE OF THE LANGUAGE

Time will tell what the future holds for the Welsh language in the coming years, but it is certain that the Welsh language is an important part of Welsh identity for many and are eager to see their language succeed for generations to come. With such favourable opinion regarding the Welsh language, it is unfair on the Welsh government’s part to expect such an unrealistic figure without providing free services to achieve it.

£500 support for bereaved parents in Wales from April 1

Carmarthenshire youngsters overjoyed to get back to the classroom