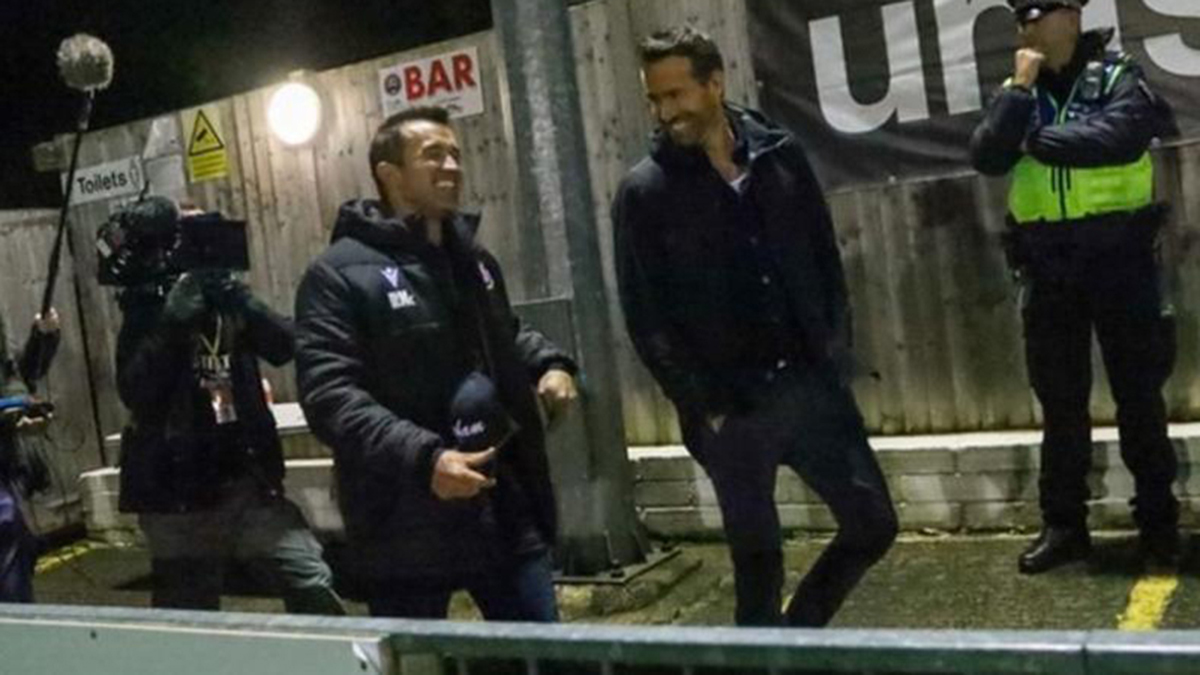 Reynolds, who described football as “soul-deadening”, “evil” and “beautiful”, and McElhenney, who completed their takeover of the football club in February, were at Maidenhead United’s York Road football ground to watch a spirited Wrexham performance that saw them come back from 2-0 down before losing the game 3-2.

The actors were joined at the game by a film crew recording an access-all-areas documentary called “Welcome to Wrexham”.

Green Lantern and Blade: Trinity star Reynolds, took to instagram after the game where he uploaded pictures of his evening and said: “Football is a staggering, heartbreaking, gorgeous, tommy-gun of soul-deadening, evil and beauty and I’m never sleeping again ever, ever.”

The US-based owners had been unable to physically attend games before now due to filming commitments and pandemic restrictions, the result might not have gone their way but Wrexham manager Phil Parkinson said: “I’m really disappointed for them that we haven’t been able to come away with at least a draw. But that’s football. It can be a brutal industry.”

“They flew in and they were trying to keep a low profile but I imagine it’s fairly difficult to be low profile and they let us get on with it,” Parkinson continued.

“We look forward to meeting them later in the week.”

Reynolds and McElhenney have big plans for Wrexham and want to turn them into a “global force”, but their start to the season has been mixed so far and they currently sit 11th in the National League following the defeat.

Their next game is at home to Torquay United on Saturday, October 30.

Banger of a deal for top Welsh butcher

4000 years in Conwy: The Llangernyw Yew