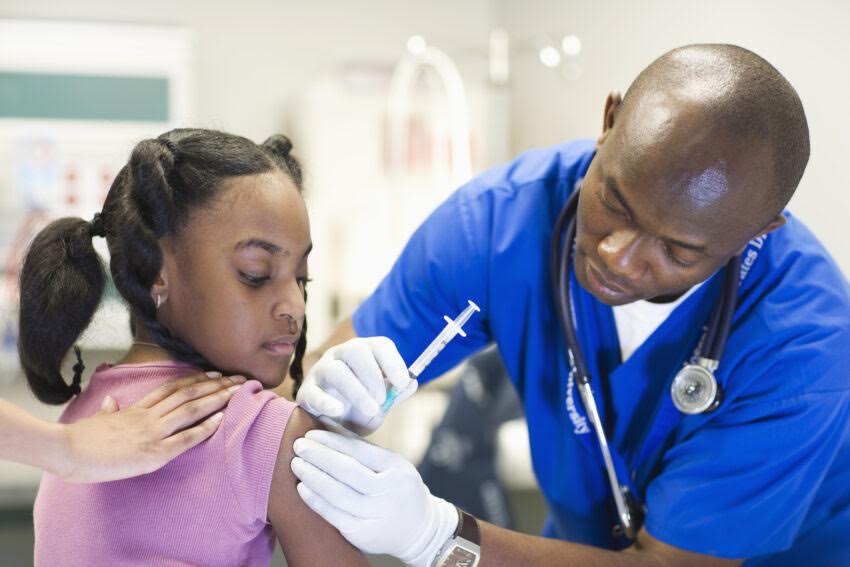 • British Red Cross says having an “informed conversation with loved ones about the vaccine is a kind thing to do, that saves lives”

THE RED CROSS is encouraging people in Wales and across the UK to have open conversations with their loved ones as part of a nationwide campaign to tackle hesitancy towards the Covid-19 vaccine.

The charity has launched an online information hub on the coronavirus vaccine, new research and a short film featuring real-life family conversations about getting vaccinated.

Digital adverts will appear at 650 locations across the UK as part of the British Red Cross campaign, which also includes radio ads and social media posts, encouraging families to have informed, positive conversations about the vaccine, based on facts not fiction.

Each ad is specifically sited, based on data gathered by British Red Cross teams which indicates areas where vaccine hesitancy is highest. It’s hoped that by targeting ads the message will resonate more strongly. In Wales, the advertising displays can be seen this week at St David’s shopping centre in Cardiff.

The Red Cross says that given the significant role families could play in decisions around vaccine uptake, it is vital people are equipped with facts and information to have informed conversations. The charity says that having a conversation with a loved one about the vaccine is a kind thing to do, that saves lives.

New research conducted to coincide with the launch of the campaign, explores the issue of vaccine hesitancy in the UK, in particular among Black, Asian and Minority Ethnic (BAME) communities. The data, which highlights vaccine hesitancy is higher in some, but not all, B.A.M.E communities, points to the particular importance of family as a source of information – and misinformation – about the Covid-19 vaccine.

Black, Asian and Ethnic Minority Brits are nearly twice as likely to get information on the vaccine from friends and family; trust family more than any other source of vaccine information other than health professionals; and are much more likely to have discussed their decision about whether to have the vaccine with extended family.

However, the extensive poll, which is the latest study into the issue, highlights that people from B.A.M.E backgrounds are over twice as likely to have spoken to family and friends about their vaccine concerns (31%, compared to the national average of 14%). They are also much more likely to have seen or heard information encouraging them not to have the vaccine (62% compared to 42% of the national sample).

The polling data holds significant findings for policy makers, health bodies and organisations focused on increasing confidence and uptake in the Covid-19 vaccine.

• Family, along with healthcare professionals and scientists, are one of the most trusted sources of information about the vaccine. 81% of people from B.A.M.E communities say they would trust information from their family, which is higher than the government (66%) and the mainstream media (50%).
• Vaccine hesitancy remains higher amongst some, but not all Black Asian and Ethnic Minority communities. The research strongly points towards people from B.A.M.E backgrounds not being approached as one homogenous group. The charity is calling for a person-centred approach to communicating with individuals about the vaccine.
• Outright rejection of the vaccine is far highest among respondents identifying as Black African, Black Caribbean or Pakistani.
• The majority (82%) of people from B.A.M.E communities who are vaccine hesitant say they could be convinced to have the vaccine. People are most concerned about side effects (57%), followed by the speed of production (36%) and ingredients (34%).

Apprenticeship Ambassador is passionate about the Welsh language

Mental Health Week: A third of Welsh employees aren’t comfortable opening up on issues at work