THE severe weather might have stopped Aberystwyth Town Women’s girls’ camps on Wednesday – but the budding female footballers of the area were not to be deterred for too long.

To make up for missing out on the half-term coaching camps – led by the Seasiders’ female first-teamers – the girls were invited by the club to be mascots for the fixture against Abergavenny on Sunday.

And ten lucky girls accompanied Aber Town on to the pitch, had a kick-around with the substitutes at half-time, cheered the team on to a 4-1 victory – and of course had the chance to take plenty of selfies with their favourite players.

“We are so pleased to have welcomed the girls and their families to Park Avenue, and had a great time meeting them and chatting with them,” said club volunteer and first-team player Lucie Gwilt. “As a team, we want to inspire girls to try out football and enjoy it as a fan, as a player, or perhaps both!”

If you are involved with a group of girls or a girls’ team who’d like to be mascots for the Aberystwyth Town Women in future, get in touch with ATWFC media officer Carrie Dunn at [email protected] 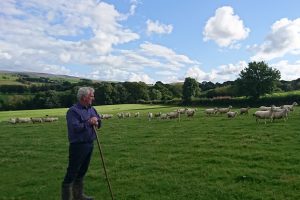