Home » Doctors in Wales being forced to treat patients in cupboards, on chairs and in corridors 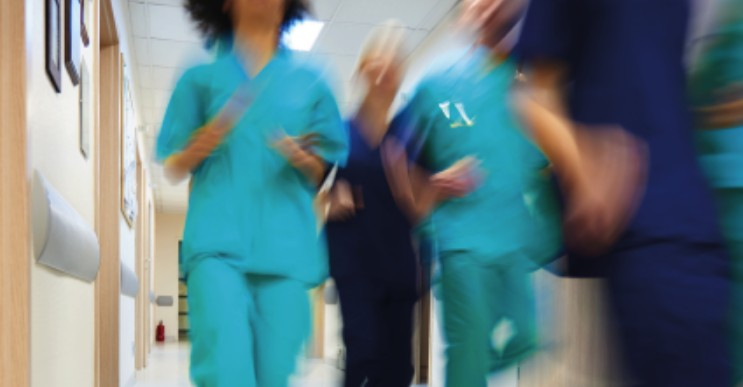 Doctors are being forced to treat patients in cupboards, on chairs and in corridors a union has said.

BMA Cymru Wales has released the findings of its NHS pressures portal, a place where doctors from across Wales have shared accounts of the state of their working conditions and the pressures they face on a daily basis.

From treating patients in cupboards and on chairs, working 12 hour shifts without breaks, and understaffing, doctors have given their accounts of working in the NHS to highlight the risks to patient and staff safety.

One account from the portal shared by a consultant specialising in geriatric care said they hadn’t treated a patient in a bed during their last ten shifts.

Doctors explained that they are often forced to use cupboards or borrow rooms to treat due to a lack of space.

Other concerns included patients waiting up to 14 hours in A&E being the new normal, patients needing cardiac monitors going unmonitored due to lack of space and patients being treated in the back of ambulances

Doctors contributing to the portal highlighted feelings of low morale, extreme stress, often working long hours with no breaks or even time to rehydrate.

The union, which will present the accounts to Welsh Government and NHS Employers, is now calling on ministers to:

BMA Cymru Wales Chair Dr Iona Collins said: “We’ve heard from doctors from every health board in Wales in both primary and secondary care with each account sharing a similar dismal picture of chronic understaffing, underfunding, and inadequate facilities – what we have here is a demoralised workforce.

“First and foremost, doctors are concerned for the safety of their patients. The ever-increasing delays on all fronts are resulting in patients who could have been treated in a planned manner are now turning up in crisis instead.

“The result is that emergency treatment has to be provided sometimes in the middle of the night with less support, instead of at safer times of the day. We already know that emergency operations, for example, are more complicated and are associated with more complications in comparison with planned operations.

“It stands to reason that when people wait longer and longer, with their conditions deteriorating all the while we end up performing emergency treatments instead of planned treatments. This is obviously bad for the patient, but it’s also bad for our economy, since complications are expensive to treat.

“The findings of our Pressures Portal paint a grim picture of our health service and we can’t continue to expect patients to be treated in these conditions. Welsh Government must listen to these numerous and basic safety concerns of the frontline workforce.”

The findings of BMA Cymru Wales were raised during First Minister’s Questions this week by leader of the opposition, Andrew RT Davies.

Mr Davies said: “The chair of the British Medical Association has come out and said that, as a profession, they could very often be criticised for maybe calling wolf on staffing numbers within the health service in Wales, but, actually, on reflection, and the current situation that they find themselves in, the wolf is definitely in the NHS, as there is a massive shortage of staff within our hospitals and our primary care settings.

“Do you agree with the comments of the chair of the BMA today around the critical and very acute situation that hospitals and the primary care sector are finding when it comes to retaining and attracting staff?”

First Minister Mark Drakeford said he “absolutely accepts the struggle and the stress that there is in the Welsh NHS, that recruitment is difficult in some places and that it’s not always an attractive prospect to come in to a service that, day after day.”

He added: “But I do think it’s worth just putting some facts on the desk as well, because, if you look at medical and dental staff in the Welsh NHS, we have 1,654 more doctors and dentists working in the NHS than we did a decade ago.

“We have 1,256 more consultants and doctors working than we did five years ago. Of the 966 more medical staff than we had three years ago, 242 of those are consultants.

“The fastest growth of all has been in ambulance staff working in the Welsh NHS. So, while I am happy to—well, I am not happy, because the situation is so difficult—but while I recognise the points that are being made, that is against the background of year, on year, on year rises”