Home » ‘There is a concern that the NHS is not ready for the sort of medicine that we saw data around earlier this week.’ 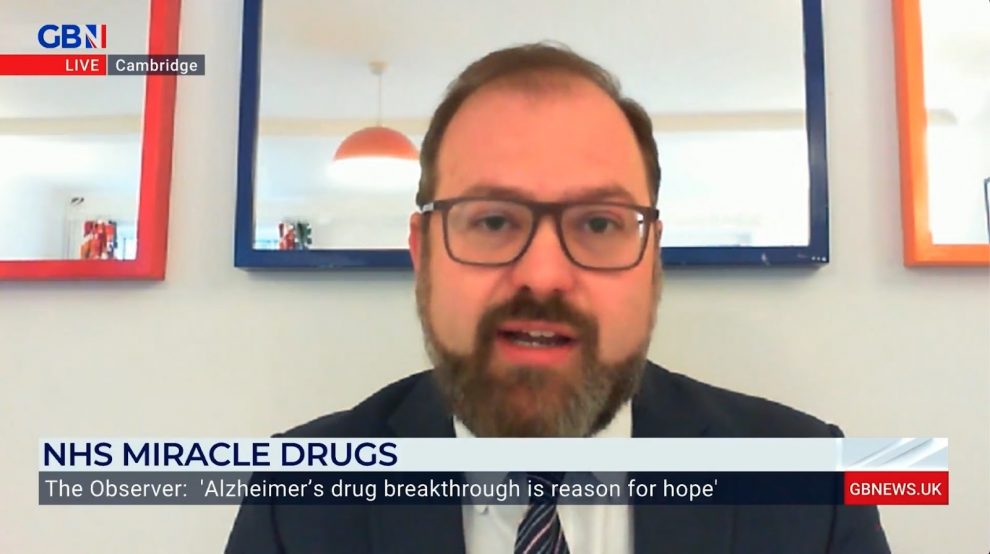 THE NHS doesn’t currently catch Alzheimer’s disease early enough and is not ready for a potentially revolutionary new treatment, according to a leading campaigner.

David Thomas, head of policy at Alzheimer’s Research UK, told GB News: “I do think there is a concern that the NHS is not ready for the new sort of medicine which we are now seeing available for this condition. Data around earlier this week seemed to indicate this. We now have a drug called Lecanemab, which really relies on early diagnosis, and it’s been tested with people in the very early stages of Alzheimer’s disease.

“It really needs an accurate diagnosis and an early diagnosis. And in the NHS right now, we know that’s not happening often enough. There is a backlog of people waiting for diagnosis that’s in part due to the Covid pandemic, but also because people don’t routinely have access to the sort of diagnostic tools that you need to provide that accuracy for this sort of medicine.”

He told Alastair Stewart: “There are pressures on multiple fronts that are affecting the health service at the moment. We’re very sensitive and we recognise that this is not the only forefront that needs to be addressed.

“I guess the other thing is that there has been a long history of failure in this particular area, we’ve seen a number of drug trials that haven’t worked as we would want them to, it’s a very high risk place for pharmaceuticals to invest.

“With that litany of failure, you can understand why the health systems across the world have been waiting to get that signal that something is on the horizon, before they expend energy and money.”

“The scale of the challenge is enormous. There are nearly a million people living with dementia in the UK right now. With an ageing population that will increase, we think they’ll probably be close to 1.6 million by 2050.

“The numbers are due to treble globally, of people living with dementia – there could be 250 million people by 2050. There is an impact on individuals and their families and that’s a really difficult one, but the economic impact is significant.”

He added in his interview with GB News: “There is absolutely an economic benefit to medicines that could help relieve that pressure.

“It’s important to recognise that a lot of the costs currently are not borne by the health service and social care, there are costs, of course and big costs, but a big significant chunk of them are actually on the individuals who are needing to leave work to care for a loved one.

“There is that factor, as well the societal cost.”