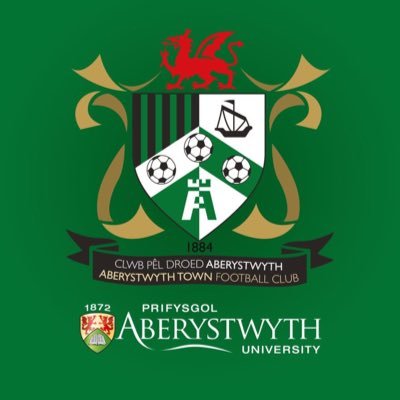 ABERYSRWYTH Town progressed to the last 32 of the Welsh Cup on Saturday (Oct 8), beating South Wales Alliance side Pencoed Athletic on penalties after the hosts held out for a goal less draw in ninety minutes.

On a sunny afternoon in Bridgend, a good atmosphere was set by the support of Pencoed’s Youth teams, and the redoubtable Aber Sole Crew who came up from Cardiff to roar on the Greens.

Will James blasted an early shot wide for Pencoed, then at the other end Sam Litchfield had a shot blocked for a corner, and Iwan Lewis curled an effort just over the bar from the edge of the area.

Pencoed’s Jack Delve sent an attempt over the bar from the left side, before the Seasiders responded with Phil Perry sending an excellent attempt from out on the left sailing just over the bar.

Ben Erickson delivered a ball which Litchfield headed wide, Flint had a shot blocked and Bradford had a header rebuffed.

Despite the pressure Pencoed’s massed defence was holding out well, and in injury time Glyndwr Davies’ free kick tested Lewis Webb’s handiwork in the Aber goal, and the on loan netminder held firm to ensure a goalless scoreline at half time.

The first half pattern continued after the break with Aber pressing hard but struggling to find that killer pass.

With the Green Army singing them on Thorn sent in a deflected cross which Flint headed over the bar.

Coed’s Delve then crossed from the left for Leon Rayner, but Webb got down well to deny the home striker before Aber sub Jon Owen tapped wide from Flint’s corner.

Second sub Alex Darlington’s low free kick was deflected for a corner, Flint had a volley blocked, Arnison fizzed a shot just over the bar and Darlington found space down the right before volleying wide, with Aber still struggling to find their shooting boots.

Despite Aber’s probing there seemed no way through, and when Perry’s dangerous ball in from the left found Flint’s head the ball deflected agonizingly wide. Bradford’s back header from Thorn’s throw was saved by Krezolek, who then saved a header from Thorn, and Aber survived an injury time corner from Pencoed’s Adam Carpenter to take the tie to penalties.

Lewis Webb gave Aber a dream start to the shoot out, brilliantly saving Will Jones’ penalty down to his right, but then Krezolek denied Darlington to keep the scores level.

Bleddyn Webster, Glyndwr Davies and Jack Delve converted for the homesters, as did Thorn, Flint and Owen for Aber, and then the crucial moment came when Adam Carpenter skied his spot kick over the crossbar, leaving the door open for Harry Arnison to convert the winning penalty for Anthony Williams’ men, to the relief of the visiting supporters.