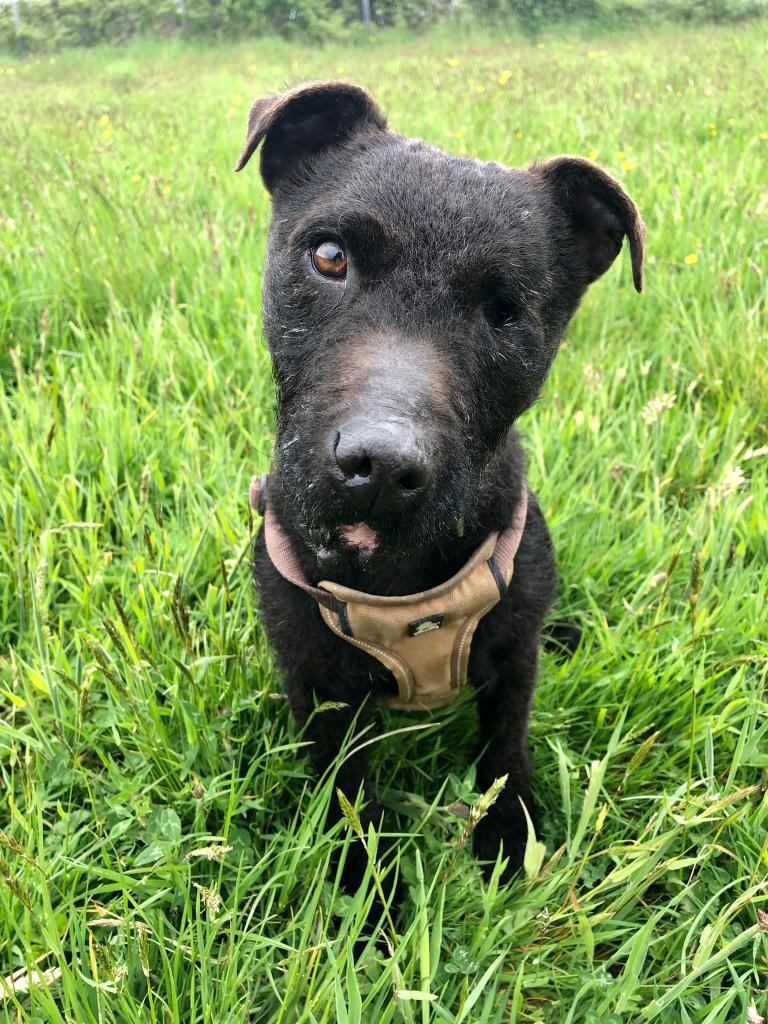 THREE dogs who have received months of care and rehabilitation after sustaining terrible injuries as a result of suspected badger baiting, are looking for paw-fect new homes in Wales.

Llys Nini Animal Centre near Swansea has been caring for the Patterdale terriers called Bert, Ernie and Popeye since November 2021, following their rescue by RSPCA inspectors.

Staff at the Llys Nini Branch have been working closely with the trio to build up their trust and confidence and say all three dogs have affectionate and loving natures despite the cruelty they previously endured.

The special appeal comes as the RSPCA launches its Cancel out Cruelty campaign, with a spike in incidents expected to be reported to the animal welfare charity during the summer months.

Gary Weeks, manager at Llys Nini Animal Centre said: “It’s been so rewarding to see Bert, Ernie and Popeye flourish in our care and start to enjoy themselves again after the terrible injuries they suffered. They’re all friendly, sociable dogs who enjoy human company and all of them will make wonderful companions.

“They are currently three of the longest-staying dogs in our care, which is why we are sharing their stories to reach out to potential adopters.

“Badger baiting is illegal but sadly it still goes on, causing incredible distress and suffering not only to the badgers but also to the dogs who are used, who often suffer severe injuries that go untreated.”

Bert and Ernie, both one year and seven months old, had multiple scarring to their heads and necks when they arrived at Llys Nini. Bert was the most seriously injured, missing 75 percent of the skin and tissue from his lower jaw. The root of the terrier’s left canine was exposed and there were also wounds to his nasal septum and multiple lacerations to his upper lips, cranium and eyes.

Ernie had an unhealed wound on his left ear, a laceration on his chin and bilateral conjunctivitis.

Following an investigation, their owner was prosecuted by the RSPCA and given a suspended prison sentence, with a vet concluding that their serious untreated injuries were likely to have been caused by fighting with badgers.

Despite his appalling injuries, Bert responded well to treatment, although he has been left permanently scarred. Staff say he is motivated by food and toys and is a very clever dog that loves to learn and picks up new commands quickly. He will make an excellent companion for long walks with varied terrains but would prefer to be the only pet in the house with children aged 16 plus.

Ernie, who is the same age, is described as a highly energetic and intelligent dog who is also looking for an owner who will take him on long and interesting walks and has a good understanding of training.

A quick outing round the block or local park won’t be enough for fun and friendly Ernie, so his new family will also need to come up with a variety of games to keep him busy and mentally stimulated. He would also prefer to be the only animal in the household and may be able to live with children aged 13 years plus.

Popeye, who is one month older, was found wandering along a road near the animal centre by a member of the public with wounds to his eye and lower jaw, which staff suspect were also caused by fighting with badgers.

He wasn’t microchipped and despite enquiries by RSPCA Cymru, his owner couldn’t be traced. Sadly the injury to Popeye’s eye was so severe that it couldn’t be saved.

He has the most sensitive nature of the three and will need an owner who is willing to invest time and patience in establishing a bond with him and building up his confidence in new situations. Staff say he adores human company and loves nothing more than giving and receiving fuss.

Popeye would also prefer to be the only animal in the household and can live with children of 16 years plus. A quieter neighbourhood would suit him.

Potential adopters can visit Llys Nini Animal Centre’s website for more details about Bert, Ernie and Popeye and find out how to fill in an application form.

Sadly, incidents of suspected badger baiting are typical of some of the jobs dealt with by the RSPCA’s frontline officers, particularly during the summer months.

Reports of beatings, shootings, abandonments and poisonings rise over the summer months – prompting the charity to launch their Cancel out Cruelty campaign. The RSPCA receives around 90,000 calls to its cruelty line every month and investigates 6,000 reports of deliberate animal cruelty. But in the summer (during July and August) calls rise to 134,000 a month.

Help RSPCA rescue teams to stay out on the frontline rescuing dogs like Popeye, Bert and Ernie.

RSPCA branches across Wales have joined together to form a national food bank.
George’s marathon spin in aid of heart charity