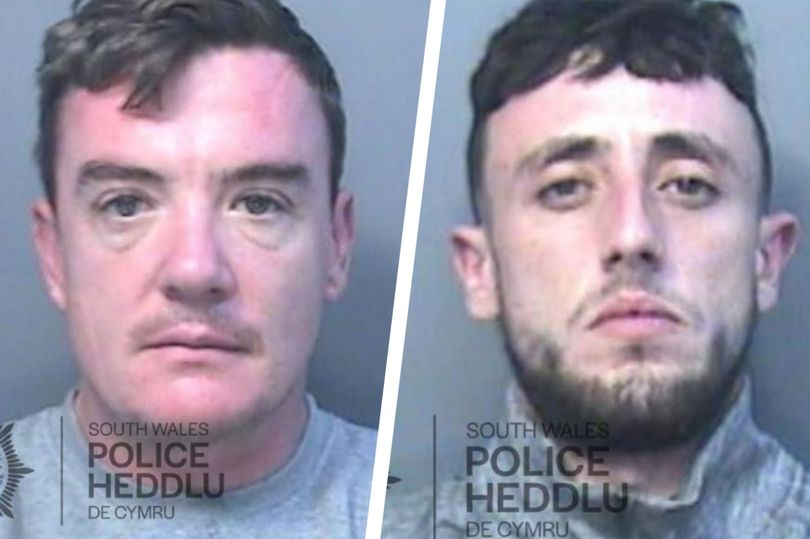 A Swansea man was led to a city apartment and kidnapped before receiving a sadistic “punishment beating” for an outstanding debt.

The victim was held captive inside the house, his hands and feet were bound, he was tortured, assaulted, stabbed, and threatened. Then, he was informed that he would be laid to rest in a temporary grave in the backyard and that his girlfriend would be restrained and dragged behind a moving vehicle along the highway.

After some time, the man was freed and led to his mother’s house by one of his assailants, where he took out a loan to settle the obligation. One of the accused recorded some of the heinous assault “the sport of it all.”

The horrifying occurrence, according to testimony presented at Swansea Crown Court, occurred in the early hours of October 4 at a residence on Hanover Street in Swansea’s Mount Pleasant neighbourhood. The victim was lured to the property by the defendant, Joshua Murphy, according to the prosecutor, Sian Cutter, and while there, he was attacked by the co-defendant, Liverpudlian Anthony Smith. He claimed that while demanding cash and the return of the man’s “things,” Smith chained his hands and feet and continuously slapped and struck him.

Smith then prepared a two-pronged butcher’s fork, which he stabbed into the thighs and feet of his victim. The victim was forced to perform sit-ups in Smith’s direction while he was sitting on a chair at one point, according to the prosecution. Every time the victim raised his body or his head to perform a sit-up, Smith would smack him hard across the face and make him perform another. The man said in court that he was unable to object to performing the sit-ups because Smith still held the big fork. At one point, Smith leaped with both feet onto the victim’s hip as he was lying on his side on the ground. The victim continuously begged the Liverpudlian to stop, promising to fetch him the money he needed.

The prosecutor claimed that 41-year-old Smith also made a string of graphic threats, including to cut off his victim’s ears with a knife, break his legs, tie up his girlfriend with a rope, and drag her behind a car travelling down the motorway. By this time, the court was informed, Smith was asking for more than the initial £100. The encounter was captured on video by 26-year-old Murphy, who at one point walked closer to the action to acquire a better angle, according to testimony given in court.

After telling his attackers that he could borrow the money from his mother, the guy was eventually permitted to leave the Ty Mawr apartment. Smith escorted his victim to his mother’s residence, where the money was given. Before delivering a final punch to his victim’s ribs, Smith next apologised to him.

Murphy contacted the man the following day and informed him that Smith had left and that he may pick up any personal items he had left in the apartment during his imprisonment. This was a ruse to get the victim to hand over additional money, though. When the guy came to get his belongings, Smith was in the flat hiding behind a door. He sprang out, gripped the man’s cheek and throat with the knife, demanded more money, and threatened to murder his mother if the man didn’t pay. When she noticed a fresh wound on her son’s face, the man’s mother, who was waiting outside in a car, drove to a police station and reported both the knife-point robbery and the kidnapping from the previous night.

The police allegedly went to the apartments and detained Smith and Murphy. The two-pronged meat fork and some of the cords that had been used to bind the victim were found by police. According to messages found on Murphy’s phone, Smith and he were both hunting their victim for an outstanding debt and involved in the supply of cocaine. Police later discovered the horrifying videos Murphy had captured.

Murphy subsequently declined to talk during an interview with police, while Smith claimed to have been in Swansea to visit a buddy (whom he would not identify) and was retrieving drugs that the victim, according to Smith, had allegedly stolen from a drug group.

The victim expressed his feelings of anxiety, worry, and insomnia in a statement that was read aloud to the court, as well as his worries for his mother’s safety.

When they appeared in the dock for sentencing, Anthony Smith of Sovereign Road, Croxteth, Liverpool, and Joshua Murphy of Llys Elba, Gowerton, Swansea, both had previously entered guilty pleas to false imprisonment, unlawful wounding, blackmail, robbery, assault causing actual bodily harm, and involvement in the supply of cocaine. Smith had 18 prior convictions for 27 offences, including assault and weapon possession (both crimes occurred in Scotland), as well as two for dealing in Class A drugs. Murphy had 10 prior convictions for 13 offences, including violent disorder, common assault, driving under the influence of drugs, and possession of a Class B narcotic with the intent to resell.

Smith’s attorney, Hywel Davies, claimed that his client knew he would receive a prison sentence and that the only issue was how long it would last. The father of five, he claimed, had battled drug addiction but had worked for 12 years on oil rigs in the North Sea before his father’s passing triggered a relapse into drug usage just before he committed the crimes at issue.

Murphy’s attorney, Ieuan Rees, claimed that up until his drug-related driving conviction in 2019, his client had been employed by social landlords at Coastal Housing, but that after losing that job, his drug use had worsened. The defence attorney claimed that the defendant’s partner resided in Newcastle and that Murphy intended to relocate there after serving the inevitable prison term he was facing in order to escape the impacts that person had on his life.

After enticing their victim to the premises, the defendants held him captive and attacked him in a “sadistic” attack, according to Judge Geraint Walters. The incident within the flat was appropriately referred to as a “punishment beating.” He claimed that despite the fact that Murphy had not physically hurt their victim, he had appeared to enjoy shooting it “for the enjoyment of it all.” The defendants’ guilty pleas, he said, were the only significant mitigating factor in the case. Murphy received a total term of five years in jail with a one-third discount for his guilty pleas, while Smith received an eight-year sentence with a one-quarter discount for his later-entered guilty pleas.