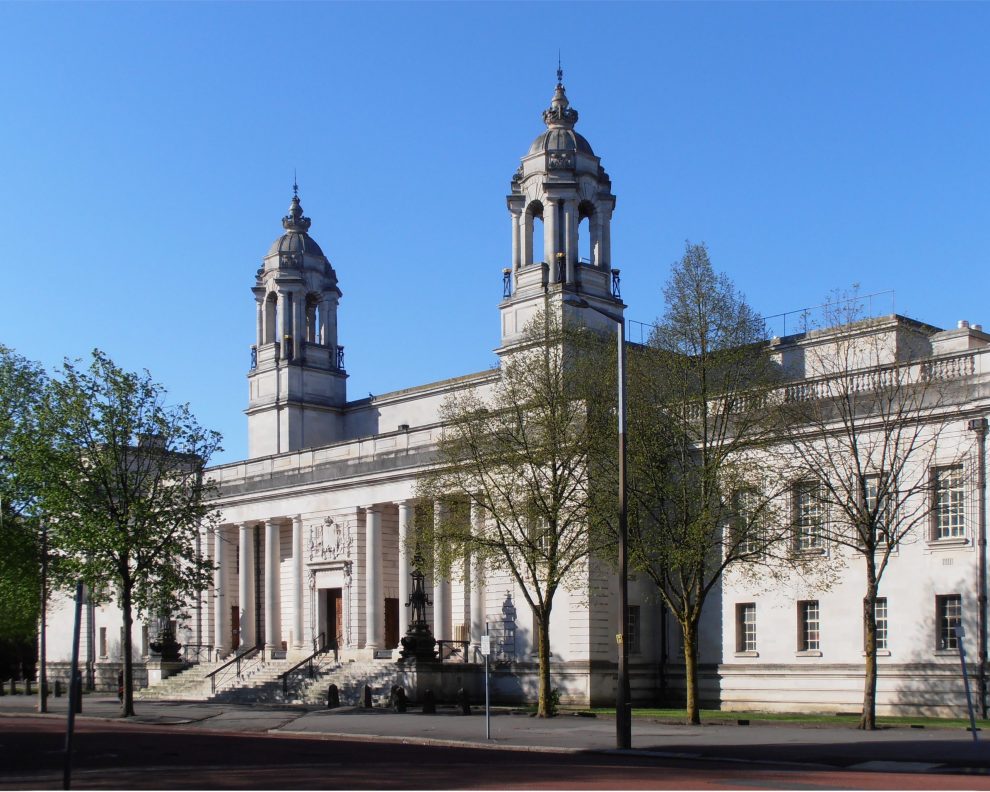 THE WELSH GOVERNMENT has issued an update for the public and Senedd Members on the decision of the High Court, which was released today.

Education Minister Jeremey Miles said: “I welcome the Court’s decision which found in favour of the Welsh Ministers on all grounds.

The Court rejected the characterisation of the RSE (Relationships and Sexuality Education) curriculum by the claimants. The Court found that “…the content of the Code and the Guidance is consistent with the requirement to take care to ensure that RSE teaching is conveyed in an objective critical and pluralistic manner, and does not breach the prohibition on indoctrination.

“There is nothing in the Code or the Guidance that authorises or positively approves teaching that advocates or promotes any particular identity or sexual lifestyle over another, or that encourages children to self-identify in a particular way.

“…In my judgment, both the Code and the Guidance reflect the general spirit of the Convention as an instrument designed to maintain and promote the ideals and values of a modern liberal democracy, including the values of tolerance, respect and equality.”

We have been clear that RSE is intended to keep children safe and to promote respect and healthy relationships.

Now more than ever, our children need our help in protecting them from harmful content and people online. RSE should provide young people with confidence to say no to bullies, to call out harassment, and to understand that families come in all shapes and sizes.

Parents can expect the teaching their children receive to be appropriate for their children’s age and maturity: this is a legal requirement.

I want parents to understand what is being taught and what resources are being used, and for schools to take the time to have those discussions with parents. This will require time, patience and confidence-building.

Parents can expect schools to engage with them about their plans for teaching RSE and to be able to raise any constructive questions or anxieties they have about those plans. We will work closely with schools and communities to ensure that they are heard and they are clear about what their children will and will not be taught.

I would like to put on record that I am appalled by the misinformation that has been purposefully spread by some campaigners, and the additional pressure this has brought upon some schools and workforce. I want to say to our education workforce that we will support you and we thank you for the contribution you make to the lives of the children you teach.

We will continue to work with local authorities and schools to support them in rolling out the new curriculum, help them engage with parents, carers and communities, including with resources to support teaching and learning.

This statement is being issued during recess in order to keep members informed. Should members wish me to make a further statement or to answer questions on this when the Senedd returns I would be happy to do so.

I am pleased at the Court’s decision which found in favour of the Welsh Ministers on all grounds. In summary the court found:

Ground 1: There is no fundamental common law right of excusal as claimed by the Claimants. In any event, even if any such right exists, it has been repealed by the Curriculum and Assessment (Wales) Act 2021 (“the 2021 Act”)
Ground 2: the statutory right of excusal has been repealed by the 2021 Act.
Ground 3: In respect of Article 2 Protocol 1 of the ECHR (right to education) (“A2P1”):
it is not open to the claimants to contend that the absence of a parental right of excusal breaches the first sentence of A2P1 and in any event, the absence of such a right does not breach the first sentence of A2P1;
none of the passages in the Code or the Guidance to which the Claimants object purport to authorise or positively approve teaching that will be in breach of the second sentence of A2P1;
neither the Code nor the Guidance breach A2P1, whether by reference to the duty of neutrality, or as result of the whole-school approach (or cross-cutting elements), or otherwise.
Ground 4: The Strasbourg court has consistently held that in the area of education and teaching A2P1 is, in principle, the lex specialis in relation to article 9; and as a consequence no separate issue arises under article 9. In any event, the Court agreed with the Welsh Ministers that the applicable test would be the same as A2P1 and that this ground of claim falls to be dismissed in light of the Court’s rejection of the A2P1 ground of claim.
THE CONTENT OF RSE

A lot has been said about the content of RSE, and much of that has been wrong. The Court found that the key points in relation to what is permitted to be taught within A2P1 are that:

(1) Pluralism is essential for the preservation of a modern liberal democracy, and this aim must be realised above all through state teaching. The second sentence of A2P1 is aimed at safeguarding the possibility of pluralism in education.

(2) The state may not pursue an aim of indoctrination.

(3) When considering whether there is a breach of the second sentence of A2P1, it is necessary to have regard to the material situation and the objectives that the relevant education seeks to meet. However, the instruction provided may breach A2P1, even if the state’s aims are consonant with that article.

(4) A2P1 must be read as a whole (while recognising that the first sentence is dominant), and in light of, in particular, states’ responsibility under article 9 (right to education) for ensuring, neutrally and impartially, the exercise of various religions, faiths and beliefs. It is not necessarily incompatible with the duty of neutrality or A2P1 for a state to give greater priority to the majority religion, but A2P1 does not permit a state to treat the religious or philosophical convictions of minorities in a way that is significantly different at the qualitative level.

(5) Teaching should be neutral from a religious perspective, but it is not required to be value neutral. In particular, sex and ethics education which aims to encourage tolerance between human beings irrespective of their sexual orientation and identity, and to enable children to deal critically with influences from society, so that they develop into responsible and emancipated citizens capable of participating in the democratic processes of a pluralistic society, is consonant in its objectives with the principles of pluralism and objectivity embodied in A2P1.

(6) In determining the content of education and the manner of its provision the state has a duty to respect parents’ convictions, be they religious or philosophical. Respect entails more than merely acknowledging or taking into account parents’ convictions; it implies a positive obligation. For the purposes of A2P1, convictions are views that attain a certain level of cogency, seriousness, cohesion and importance; are worthy of respect in a democratic society; and are not incompatible with human dignity, or the child’s right to education under A2P1.

(7) However, the Convention does not guarantee the right not to be confronted with opinions that are opposed to one’s own convictions.

(8) The setting and planning of a curriculum is, in principle, a matter for the state, and this mainly involves questions of expediency within the state’s competence and margin of appreciation.

(10) If those criteria are not breached, A2P1 does not permit parents to object to the inclusion of such teaching in the curriculum, even where compulsory school attendance with no possibility of home schooling is required. In this regard, it is relevant that compulsory schooling does not deprive parents of the ability to educate their children outside school in line with their own religious and philosophical convictions.

The Court rejected the characterisation of the RSE curriculum by the claimants. The Court found that “…the content of the Code and the Guidance is consistent with the requirement to take care to ensure that RSE teaching is conveyed in an objective critical and pluralistic manner, and does not breach the prohibition on indoctrination. There is nothing in the Code or the Guidance that authorises or positively approves teaching that advocates or promotes any particular identity or sexual lifestyle over another, or that encourages children to self-identify in a particular way. I agree with [The Welsh Ministers’] submission that there is a disjunct between the contents of the Code and the Guidance, and what is alleged by the claimants. For example, some of the claimants have expressed concerns about the RSE curriculum based on their belief that it “reflects a body of educational advocacy known as Comprehensive Sexuality Education (‘CSE’) which originated in the United States.” It is clear that neither the Code nor the Guidance seek to encourage teaching which reflects the claimants’ understanding of CSE. Nor do those texts promote libertarianism or the sexualisation of children.

Pluralism is an ethic of respect that values human diversity, and the promotion of a spirit of tolerance. In my judgment, the curricula and teaching envisaged in the Code is clearly in line with the pluralism requirement.
I also reject the contention that the term “explore” in [C14] and [C21] [of the RSE Code] gives any reasonable cause for concern. Those to whom the Code is directed would understand that “explore” is used here, as it often is by teachers, to mean “learn about” or “study”.
Finally, I note that the claimants also take strong objection to the first column of [C21] in which the Code indicates that from the age of three learning should support the “use of accurate terminology for all body parts”. The 2021 Act provides, and the Code reinforces the point, that RSE must be developmentally appropriate for each pupil. The first column of [C21] indicates that “practitioners should start to consider” ([C9]) from the age of three whether such use of accurate terminology is developmentally appropriate for learners. For the youngest age group, this may mean, for example, starting with learning body parts such as arms and legs, and terms such as stomach (rather than ‘tummy’). The claimants express concern that there are no tools or means to determine the age and developmental appropriateness of topics or resources, but it is inherent in the 2021 Act that the Senedd trusts teachers and head teachers to be able to apply the concept of developmental appropriateness. The aim of this paragraph is to help protect children from abuse by enabling more effective reporting, avoiding the use of euphemistic labels that are prone to misunderstanding. In any event, it is impossible to see how a requirement to use accurate terminology could breach A2P1. Such teaching is obviously scientific, factual and neutral.
In my judgment, both the Code and the Guidance reflect the general spirit of the Convention as an instrument designed to maintain and promote the ideals and values of a modern liberal democracy, including the values of tolerance, respect and equality. These documents are clearly capable of being implemented in a way that is fully compatible with the second sentence of A2P1. The contention that they fall foul of the prohibition against indoctrination is misconceived.”

1.5 million additional meals served up by Universal Primary Free School Meals
Macmillan warns that delays to life saving cancer care are worse than ever before