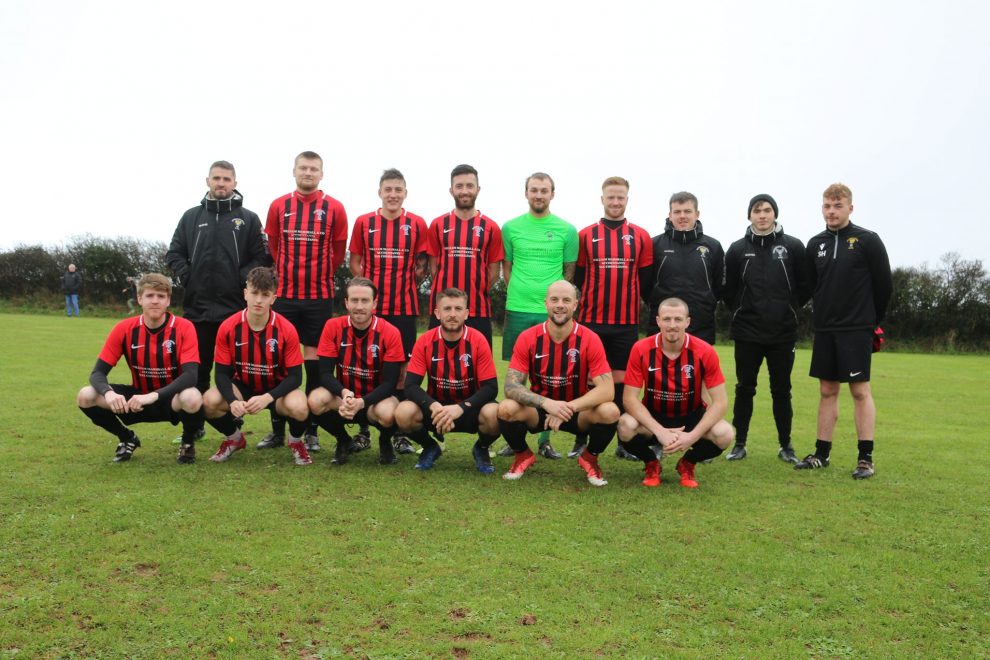 GOODWICK saw off the challenge of Monkton Swifts on Saturday (Apr 2) as they came away with a 4-2 win.

Jordan Griffiths put Goodwick ahead after 17 minutes and it remained 1-0 until just before half time.

It had looked as if the sides would go in separated by just one goal but with a minute to go Rhys Dalling doubled the visitor’s lead.

The Swifts hit back in the second half as Jamie Wilkes pulled a goal back on the hour mark.

However, two goals in the space of five minutes all but sealed the win for the league leaders.

Griffiths scored his second as did Dalling to make it 4-1 with eleven minutes still to play.

With eight minutes to go Connor Hay scored to give the Swifts hope but they were unable to find another goal and Goodwick held on for the win.

On Thursday, April 7, Monkton Swifts travel to St Ishmaels while on Saturday, April 9, they are at home to Narberth.

Goodwick’s next game comes on Saturday (Apr 9) as they host Carew, kick off at 1:45pm.