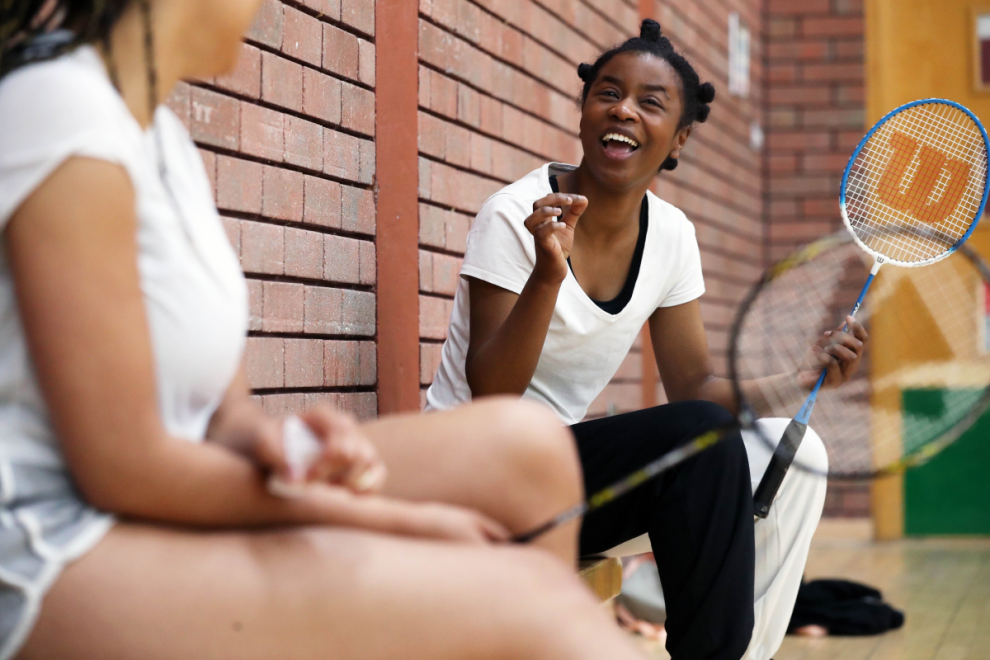 THE RESULTS of a major survey conducted by Sport Wales have emphasised the need for sporting activities to be made more appealing, suitable and welcoming for children and young people in Wales.

The 2022 School Sport Survey, which captured the views of more than 116,000 pupils aged between 7 and 16, has found that over a third of pupils aren’t doing any frequent organised activity outside of their PE lessons. The figure has risen from 28% to an alarming 36% since the survey was last undertaken in 2018.

The survey results also show that long-term inequalities in sports participation remain. Boys are more active than girls, while children with disabilities, impairments or learning difficulties are still doing less.

Young people living in areas of Wales with the most deprivation take part in significantly less sport than those in more affluent areas, and youngsters who are Asian or from other ethnic groups are still less likely to take part in organised sport outside of the curriculum compared with pupils from mixed or multiple ethnic groups.

Whilst only 39% of pupils are active three or more times a week outside of the school curriculum, 93% of pupils overall want to do more sport. Thirty seven per cent of survey respondees said that they would do more sport if there were more opportunities that suited them.

New Sport Wales Chair, Tanni Grey Thompson, is calling for everyone working within Welsh sport to act on this valuable insight.

Tanni said: “Society is changing – people have lots more demands on their time and the current cost of living crisis means that they have less money in their pockets too. These survey results emphasise the fact that a major shift is needed towards making sporting activities more inclusive and accessible so that everyone can find something that they enjoy.

“The fact that so many young people are inactive is really sad. It’s brewing up health problems for them in later life. We want everyone to form healthy habits and have fun experiences of playing sport and taking part in fitness activities from a young age so that they can go on to stay active throughout their lives.

“The evidence shows we need system-wide changes to what is offered, where it is offered, how it is offered and to whom. This is a challenge that collectively the sport sector, and beyond, can meet, but it will take collaboration, innovation and an acceptance of the scale of that shift. Anything less is not going to be good enough.

“While we can point to the Covid-19 pandemic as a factor in these latest results, what we are seeing here isn’t a one off. Since Sport Wales first ran a School Sport Survey in 2011, the data has always shown that less than half of children in Wales are getting enough exercise.”

Tanni sees the findings as further confirmation that new approaches to the way that sport is funded and run in Wales will pay dividends in the long-term.

She explained: “From Sport Wales’ perspective, this emphasises why new changes to how we invest our funding are necessary to transform the status quo and stop these patterns becoming entrenched.

“Having consulted with our partners, and studying other models from across the world, we have transitioned to a new investment model that we feel can have a revolutionary effect on the long-term health of our nation. Funding is now being re-distributed so that it can be used to make the biggest impact in terms of tackling inequality and providing a great experience for all. We are fully committed to prioritising inclusive sport.

“We are also confident that new regional Sport Partnerships which are being formed across Wales will make a positive impact in reducing inequalities. These Sport Partnerships will be made up of several organisations who have an excellent understanding of local needs, while they’ll also be able to bring in those from outside the sport sector who may be better connected in the communities they’re trying to reach.”

Brian Davies, the Acting CEO of Sport Wales, said: “The survey results suggest that there are around 175,000 pupils in Wales who are currently participating in organised sport less than three times a week outside of PE lessons, for one reason or another, but who want to be doing more. This would indicate huge potential for schools, sports clubs and other organisations to tap into.

“Then there are also those children who are already active but have an appetite to try new things and do even more.

“The challenge is to create the right activities, at the right times, in the right environments, to capture young people’s imaginations and get them hooked on the fun they will have from regular exercise.

Brian added: “I’d like to thank all of the local authorities and schools that worked so hard to deliver this survey, and of course all of the children who completed it. One thousand schools took part, so the data provided is extremely robust and valuable.”

A full report into the 2022 School Sport Survey can be found at www.sport.wales