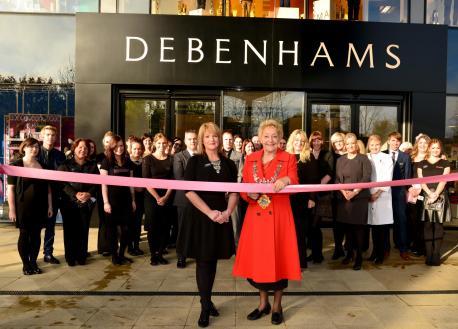 THE NEW Debenhams store in Haverfordwest was officially opened yesterday.
Around 200 people flocked to the new store on Thursday morning, all eager to see what it has to offer.
Mayor Cllr Jackie Westrup had the honour of cutting the ribbon, and town crier Joseph David Beard rang in the news that the shop was officially open for business.
Cllr Westrup said: “It’s lovely to have a nice new store; I hope it has a good effect on the town as a whole.”
Many of those queuing said they usually visited the branch in Carmarthen, but a store closer to home would cut down on petrol costs.
The branch is Debenhams’ 168th store nationwide.