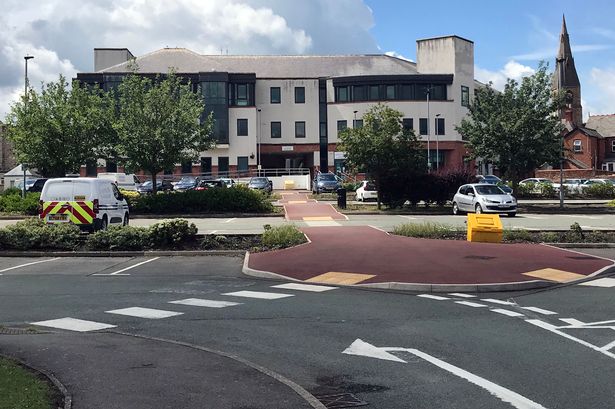 THE VALE of Clwyd’s MP has defended the Government’s decision to refuse a bid for £20m of regeneration funds for Rhyl, Prestatyn, Rhuddlan, and Denbigh.

Yesterday Denbighshire’s leader Cllr Jason McLellan slammed Conservative MP James Davies after the Vale of Clwyd’s bid for the Levelling-Up Fund was rejected.
The funds had been earmarked for a number of projects, including over £5m for Rhyl Town Centre, over £4m for Rhyl’s prom, £2.5m for Prestatyn’s High Street, and £1.2m to demolish Denbigh Hospital – amongst other projects.
But despite Clwyd-West being awarded over £11m for a number of projects around Ruthin, the Vale of Clwyd’s bid was rejected.

Dr James Davies, MP for the Vale of Clwyd, has now defended his position.
“I would like to thank Denbighshire County Council for its hard work in putting together bids for the Levelling-Up Fund,” he said.
“The UK Government has placed Denbighshire in the highest priority category for receipt of Levelling-Up monies, largely due to deprivation present in parts of Rhyl and Denbigh.
“It provided capacity funding to support the preparation and submission of a high-quality bid for the Vale of Clwyd constituency area, and I understand the hard work carried out so far has been recognised and met many of the necessary criteria.
“However, the Department of Levelling Up, Housing and Communities (DLUHC)’s independent scoring process requires an even stronger bid before funding can be released.
“The department, therefore, intends to work with the county council to modify its proposals to achieve this.  I am grateful to Levelling-Up Minister Dehenna Davison MP for agreeing to visit Rhyl shortly to discuss how best to ensure the proposals can progress via round three of the fund.

“During the formulation of the Vale of Clwyd Levelling-Up Fund bid, very many hours of engagement were spent between myself, Denbighshire County Council officers, and elected councillors of all parties.
“The council went on to liaise closely with officials at DLUHC. Following the council’s submission of the bid, I held repeated meetings and conversations with the Chancellor and Treasury, No 10, and DLUHC ministers to ensure there was a full and proper understanding of the bid and its importance.
“However, it was made clear to me that decisions must and would be based on the independent scoring process.
“The Levelling-Up Fund has already been incredibly positive for North Wales, with the region having received more financial support per head of the population than virtually any other area of the United Kingdom, and Denbighshire itself having had bids approved in both rounds of the process so far.

“Today, DLUHC officials have indicated to me some of the possible reasons why Denbighshire’s third bid missed out on qualifying for funding in this round.
“I am meeting them next week to discuss these reasons in detail so that I can advise the council further. This has been a collaborative process, including elected councillors, pursued in good faith by all, and I am optimistic that with continued partnership working, the third round of the fund can bring success.”
He added: “Meanwhile, I welcome work being carried out to begin to allocate the £25.6 million that has been awarded to the county from the Government’s UK Shared Prosperity Fund – another of the levelling-up funding schemes.
“This will build on the good work already carried out through the £2.9m UK Community Renewal Fund and exceeds the support that the county would have received under the European Union funding metrics.

“I urge the council to continue to also seek investment opportunities within the North Wales Growth Deal and Community Ownership Fund.”