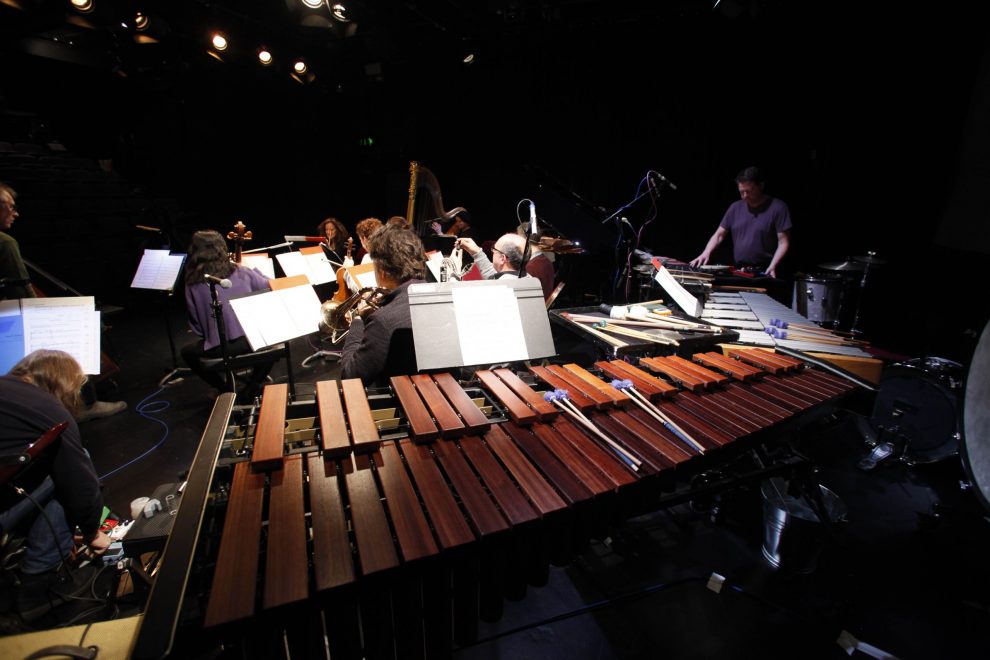 SWEET-TOOTHED music lovers will be fizzing with joy at the world premiere of a new composition inspired by popping candy.

The tasty piece has been written by acclaimed composer Guto Pryderi Puw and will be one of eight new works being premiered at Bangor Music Festival next month.

Popping candy is a confectionery item that reacts by bubbling on contact with the moisture found on the tongue or lips.

First created in 1956 by an American chemist, it was the result of a failed attempt to produce a ‘tablet’ to make an instant carbonated drink.

Guto, who is also the festival’s artistic director, said coating it with chocolate takes this sensation to the “next level” and is a key feature of his new work called, what else, ‘Popping Candy’.

According to Guto, the piece commissioned by the UPROAR Ensemble, will introduce the audience to a “world of fizz and fun”.

He said: “Popping candy coated in chocolate is really nice. The piece has been inspired by popping candy and I hope there will be an opportunity to taste some of the sweet during the performance in order to enjoy the full experience. At least that’s the aim.”

The festival, which has been a cultural highlight on Bangor city’s calendar for more than 20 years, is being staged this year at the Pontio Arts and Innovation Centre on February 11-12.

Guto said: “The theme of this year’s festival is ‘the senses’. Of course, music is a listening experience but that is only one of the five senses, so we also have touching, tasting, seeing and smelling to explore.

“It will be interesting to reveal how the various featured composers have reacted to the other senses through their music, so come over and experience them.

“One of the featured ensembles will be UPROAR Ensemble, which was launched in 2018 by Michael Rafferty and their aim is to bring the best international classical music written today to audiences across the country.”

“The ensemble’s performances are very much for visually minded audiences, often performing in inspiring and unusual locations. Its multimedia collaborations with dance, theatre, film, visual arts, video and live electronics will push the boundaries of these forms, providing unforgettable experiences.”

The concert on Saturday, February 12 will also feature new works by the Dutch-born composer Carlijn Metselaar and Welsh composer Joseph Davies, with both works being commissioned by UPROAR.

Meanwhile, a new work by pupils from an educational project established by the festival will also be performed along with a piece by Du Yun from China and a work inspired by the visual elements of a street theatre by South Korean composer Unsuk Chin. The concert on Saturday will be the climax of a day of musical activities in the Pontio building.

During the morning Marie-Claire Howorth will present Camau Cerdd (First Steps in Music) to children aged from six months to seven years of age on the themes of touch, sound and space, in collaboration with Canolfan Gerdd William Mathias (The William Mathias Music Centre).

Young talented performers from Canolfan Gerdd William Mathias will also have a stage, performing an eclectic mix of music for soloists and ensembles during the early afternoon.

This will be followed by the Bangor New Music Ensemble performing new compositions inspired by the senses by students at the Department of Music, Drama and Performance at Bangor University.

Also during the afternoon, harpist Rhodri Davies, keyboardist Patricia Morgan and violinist Angharad Davies will present audiences at various public spaces in the Pontio building with a sonic installation presenting the audience with different aromatic stations with their accompanying interpretations in sound.

Pupils from local schools will take part in their own sonic performances to the smells within the installation, under Rhodri’s guidance.

The festival gets underway the previous day with a concert starring Belfast born violinist Darragh Morgan and Electroacoustic Wales.

Darragh Morgan has established himself as a soloist of new music giving numerous recitals at festivals around the world. He last visited Bangor for the 2018 Festival, with the Fidelio Trio.

The concert will explore the Autonomous Sensory Meridian Response (ASMR) phenomenon with the music of Arshia Samsaminia, a recent work by Jonty Harrison alongside world premieres of pieces by Bangor composer Andrew Lewis and Irish composer Irene Buckley.

Also being played for the first time will be pieces by the two finalists of the William Mathias Composition Prize.

Guto is confident the festival can go ahead as planned, with arrangements in place for a hybrid event where the live concerts attended in person will also be live streamed simultaneously on various digital platforms.

He added: “Last year was a virtual event and despite the Covid-19 pandemic was very successful. We had people watching the performances from across the world. They ranged from the USA and Canada to the Far East in China and Thailand in addition to European countries and from the home nations.

“With all the three main concerts being streamed live online, we hope to build on the success from last year,” said Guto.

Guto is also thrilled that highlights from this year’s festival will be broadcast at a later date on BBC Radio 3’s New Music Show programme.

“It’s the first time for a number of years we will be feature on Radio 3, which will certainly increase the profile and appeal of this exciting and important event,” he added.

More information about the festival online at www.bangormusicfestival.org.uk and tickets can be purchased from the Pontio Box Office on 01248 382828.