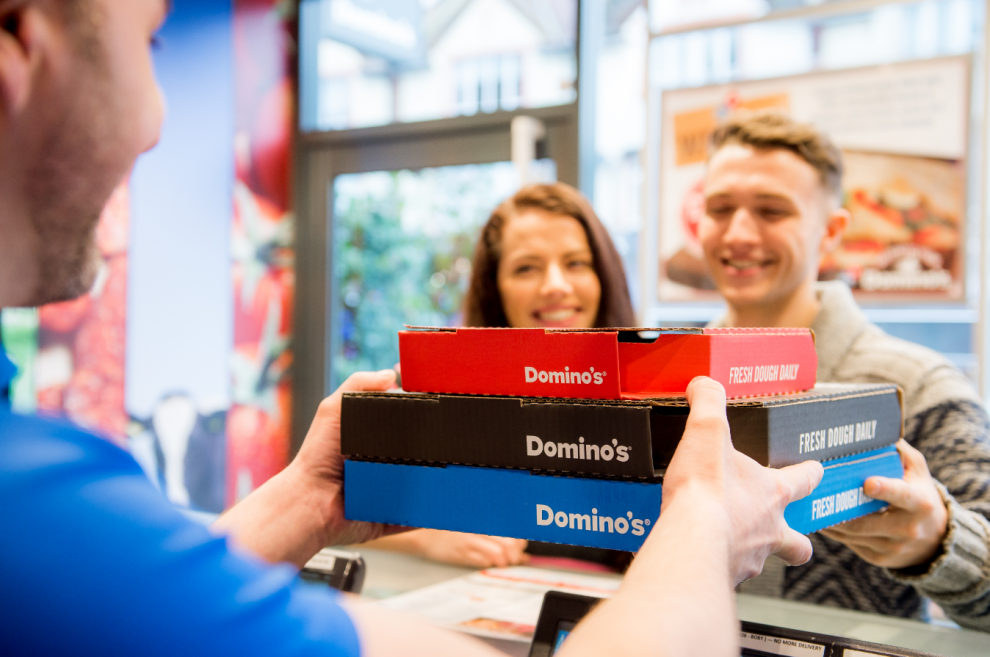 Plans for a new pizza takeaway in Gwersyllt could be approved next week despite concerns about its proximity to a nearby primary school.

In November Wrexham.com reported that plans to convert a bookmakers at Dodd’s Lane shopping precinct into a Dominos had been submitted.

The applicants are seeking permission to install new signage on the premises as soon as February 2023.

Currently the only Domino’s outlet is on Island Green.

The plans have been recommended for approval by the council’s chief planning officer ahead of a meeting on Monday (December 5), despite objections from Gwersyllt Community Council.

Community councillors have argued that the proposal could encourage anti-social behaviour and that the area is “already well served by hot food takeaway establishments.”

In its objection, the community council said: “The proposed provision would undermine initiatives to promote a healthier environment at a time when the rising rate of diet related disease and environmental degradation are major concerns.”

It has also recommended the plans be refused due to its proximity to a nearby school, arguing that the proposal is “contrary to policies put in place by Wrexham County Borough Council.”

The community council has called on the local authority to “pay regard to the health implications of child obesity in determining this application.”

Two objections have been submitted by neighbouring residents who have raised concerns over noise, odour, vermin and an adverse impact upon existing businesses.”

Despite the concerns about the proximity to a primary school, the council’s chief planning officer has said that “it would be difficult to justify the refusal of the application on this basis.”

In a report due before councillors next week, the chief officer said: “The proposed opening hours are 11am to 11pm. Primary school children are not normally permitted off site unaccompanied during the day time.

“Whilst the business would be open whilst children are on their way home from school, the majority of primary aged pupils do not travel to/from school unaccompanied so are unlikely to be able to make unsupervised purchases of fast food.

“Furthermore, the advertised opening times of Gwersyllt fish bar are 11am to 8pm during weekdays, therefore children travelling to/from school with their parents will have access to fast food irrespective of whether the proposed development takes place.

“The district shopping centre also has a Gerrards bakery and Spar where a wide range of snack foods and soft drinks could be purchased on journeys to/from school.”

Addressing concerns about odour the officer states that the “applicants have confirmed that the intended occupier cooks the products by baking so no frying would take place. This would be unlikely to give rise to significant odour.”

The chief planning officer adds: “The proposed change of use will not undermine the vitality and viability of the district shopping centre or give rise to highway safety or residential amenity
issues.

“Whilst the site is within 400m of a primary school, it is one of a number of takeaways and shops within the district shopping centre and thus will not materially increase access to fast food in the area.

“The development accords with the relevant UDP policies.”

The application will be considered for approval by members of Wrexham Council’s planning committee on Monday 5 December.

Wrexham Clothing Exchange thanks Co-Op for £1,400 donation ahead of Saturday’s event
Thousands of illegal vapes seized from retailers in Wrexham