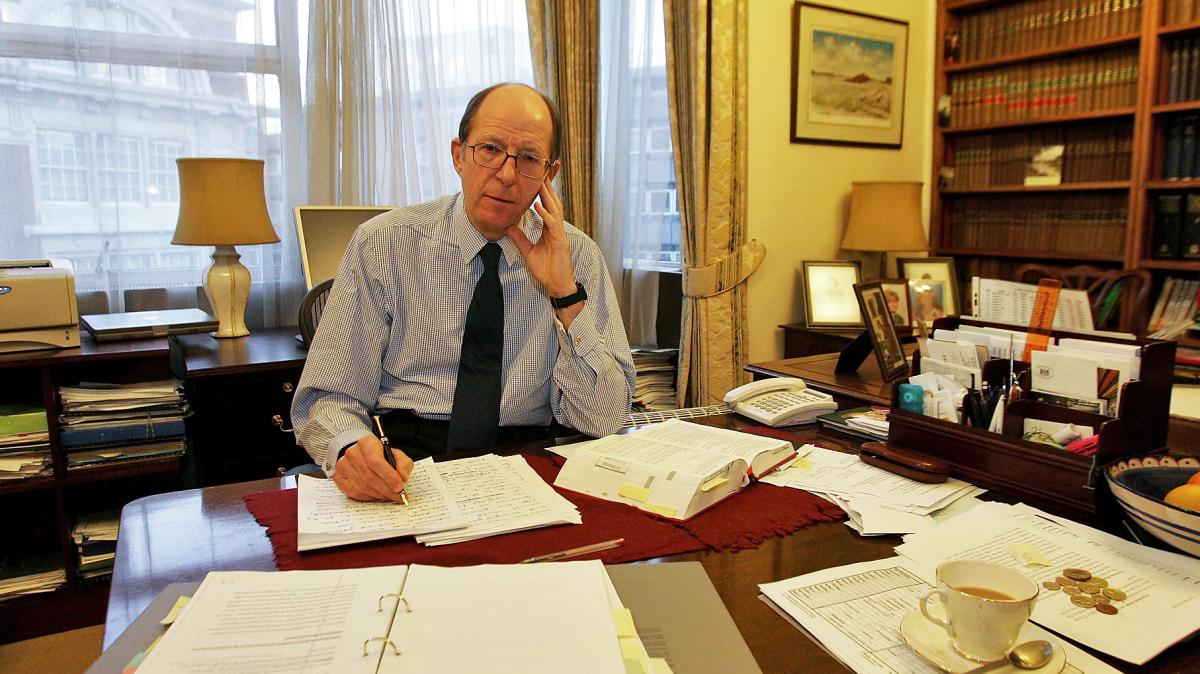 THE LONGEST-SERVING High Court judge in England and Wales has been hailed by a judicial head as being “ahead of his time” at a retirement ceremony.

Mr Justice Holman, 74, based in the Family Division of the High Court in London, is stepping down after 27 years on the bench.

Judicial chiefs and lawyers paid tribute to him in a ceremony at the Royal Courts of Justice in London on Wednesday.

Hearings in family courts, and in the Family Division of the High Court, are normally staged in private to protect children at the centre of disputes.

“He has sat in open court in all manner of family cases,” said Sir Andrew McFarlane, head of the Family Division of the High Court and the most senior family court judge in England and Wales.

“In taking this stance he was, I believe, ahead of his time.”

Mr Justice Holman, whose first name is James, told the ceremony he loved his job, adding: “I truly don’t want to retire.

“Being a judge is an immense responsibility, a huge privilege and very, very rewarding and worthwhile.”

Mark Drakeford comments ahead of final day of Senedd campaign