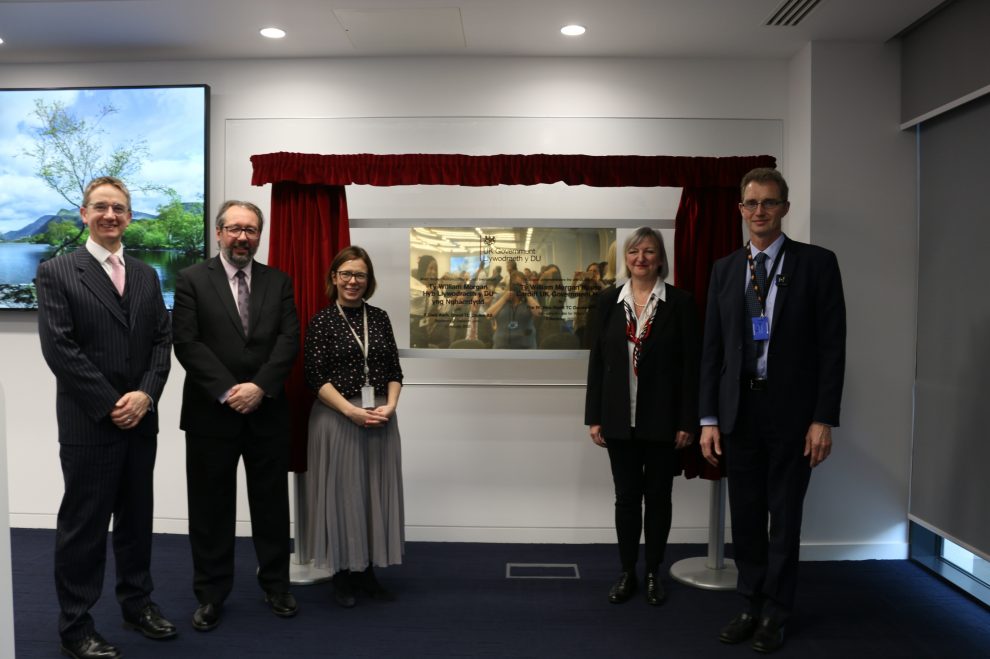 The creation of the new hub has been managed by HM Revenue and Customs (HMRC) as part of the department’s wider estates and transformation work across the UK.

Spread across 12 floors, Tŷ William Morgan is one of 14 new UK Government hubs across England, Wales, Northern Ireland and Scotland. It is the eleventh new regional centre to be formally opened as part of HMRC’s estates programme.

Named after Bishop William Morgan who translated the Bible into Welsh in the 16 th Century, Tŷ William Morgan is home to more than 4,500 civil servants. This includes more than 4,000 full-time equivalent HMRC employees, as well as around 500 staff from across 12 other UK Government departments.

The keys for the 25,000 sq. m (265,000 sq. ft) building were formally handed over in January 2020, with the building first opening its doors to civil servants in February 2021. It is part of large central development within a few minutes’ walk of Cardiff Central train station.

The building boasts a modern and inclusive working environment to enable collaborative working and to deliver an effective service for customers. It is contributing towards a more sustainable government estate, reducing our carbon footprint and water usage, increasing recycling and reducing waste sent to landfill.

David TC Davies, Secretary of State for Wales, said: “Tŷ William Morgan is central to the UK Government’s ambitious plans to create a dynamic and flexible civil service which is equipped for the future.

“Its position in the heart of Cardiff also demonstrates the UK Government’s commitment to Wales. It is already providing a modern working environment to attract and retain high-calibre staff who will be able to grow and develop their careers here in Wales.

“Being able to work with colleagues from right across government under one roof is proving hugely beneficial and it is fantastic to be able to open Tŷ William Morgan officially.”

Penny Ciniewicz, HMRC Director General for Customer Compliance Group, said:  “I am delighted to be here to mark the official opening of our Cardiff hub. Tŷ William Morgan has been built and designed to be an inclusive environment for colleagues, encouraging smarter and more collaborative working and a culture where everyone feels valued. Our new Cardiff home is already proving to be a hub that fosters collaboration, which is essential for us to meet HMRC’s ambitions to transform into a digitally advanced tax authority.”