RACIST Nazi graffiti was painted over a mural honouring Port Talbot’s Caribbean community but has quickly been covered by local ARTWalk group.

On Friday, swastikas, the phrase “Nazi Zone,” and a racial slur were painted over the mural, only hours after the mural was completed.

The mural was part of the ‘Street Art Trail’ created by the ARTWalk group.

Members of the ARTWalk group held an emergency meeting and immediately got to work and restored the original mural.

He added: “We at ARTwalk Port Talbot will not be intimidated by people whose thoughtless intentions are to try and undermine the good work that groups like ourselves, have done in bringing local communities together.

“ARTwalk will continue to strive together as one community, regardless of colour or creed, to create beautiful murals that show the true real loving side of Port Talbot and its residents.”

The numbers “1488” – a code used by neo-nazis and white supremacists to broadcast their alliance with like-minded people – was also painted on the mural.

South Wales Police have confirmed that they are investigating the “despicable hate crime”.

Chief Supt Trudi Meyrick of South Wales Police said: “This is a despicable hate crime that will not be tolerated. We will do everything we can to identify the people responsible for this graffiti”.

“When it’s on your doorstep it feels worse and I guess I was slightly ignorant thinking this kind of thing doesn’t go on in Port Talbot any more, but it does and it has,” she added.

“It’s really upset the community in general, not just the black community in Port Talbot, massive uproar on my Facebook, with nothing but support which is lovely to receive after such an awful time.

“But it’s quite shocking literally a couple of hours after the art was made, I think that’s the worst part.”

Aberavon MP, Stephen Kinnock, commented: “The disgusting racists who defaced this lovely mural are the lowest of the low.

“It was inspiring to see how the community responded and that represents the true spirit of our community.” 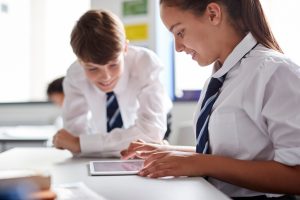