Home > Sport > Bala come from behind to sink Caernarfon
Football 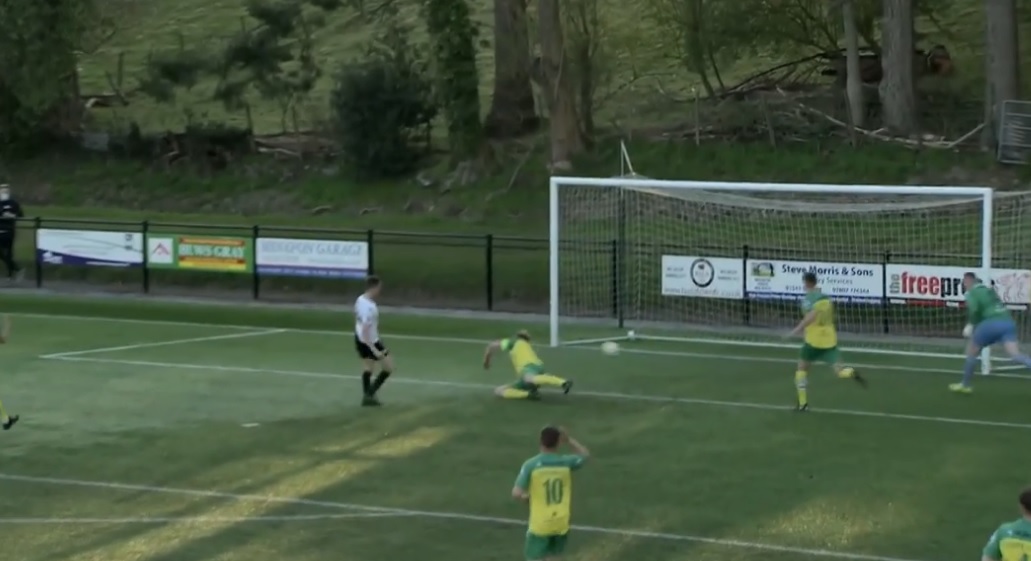 BALA TOWN came from behind to beat Caernarfon Town 5-2 in a thrilling JD Cymru Premier clash on Saturday (Apr 17).

The hosts were looking to strengthen their grip on third place while Caernarfon went in to the game looking to claw back some points on the teams above them in the Championship Conference.

Bala won a corner early on but Will Evans sent his header over the bar.

With twenty minutes gone it was the hosts who took the lead as the ball was played in from the right and Chris Venables got down low to head the ball under the keeper and into the net.

That was Venables’ twentieth goal of what is turning out to be an excellent season.

Ten minutes before the break the visitors were back level in fine style. Noah Edwards picked up the ball in his own half and ran towards goal before finding Jack Bickerstaff. The Wrexham-loanee then cut inside on to his right foot and smashed a shot in off the underside of the bar.

On the stroke of half time Caernarfon were awarded a penalty. Bala protested but the referee sent the players away before Mike Hayes fired the spot kick in to give the visitors a 2-1 lead at half time.

Five minutes into the second half Bala came inches away from equalising. Jack Mackreth played the ball into the box but after a couple of efforts were blocked the ball came back to him and he crossed the ball in again.

This time the ball came off the Caernarfon defender and hit the underside of the bar before bouncing down. Bala thought they had scored but the referee and linesman were unmoved as the score stayed at 1-2.

On 57 minutes the hosts won a corner and it was Jonny Spittle who rose highest to head the ball home despite the best efforts of the Caernarfon keeper.

With just over twenty minutes to go the hosts regained the lead as Spittle played a long ball forward and Chris Venables headed the ball on over the onrushing keeper. Will Evans ran on and as Caernarfon failed to clear he poked the ball in to make it 3-2 to the Lakesiders.

The hosts nearly had a fourth soon after as Henry Jones whipped a ball into the box but Venables sent his header wide.

There was also nearly another equaliser as Hayes was sent through on goal but his weak effort was saved by the Bala keeper.

With three minutes to go the points were made safe as Jones ran into the box on the right hand side and as the keeper came out to close him down Jones passed into the middle for Venables who had the simple task of passing the ball into an empty net.

In injury time it was Jones again who sent a cross to the back post for Evans who slid in to put the ball in the back of the net and make it 5-2.

It was a great win for Bala who now hold a 9-point lead over fourth placed Barry Town United.