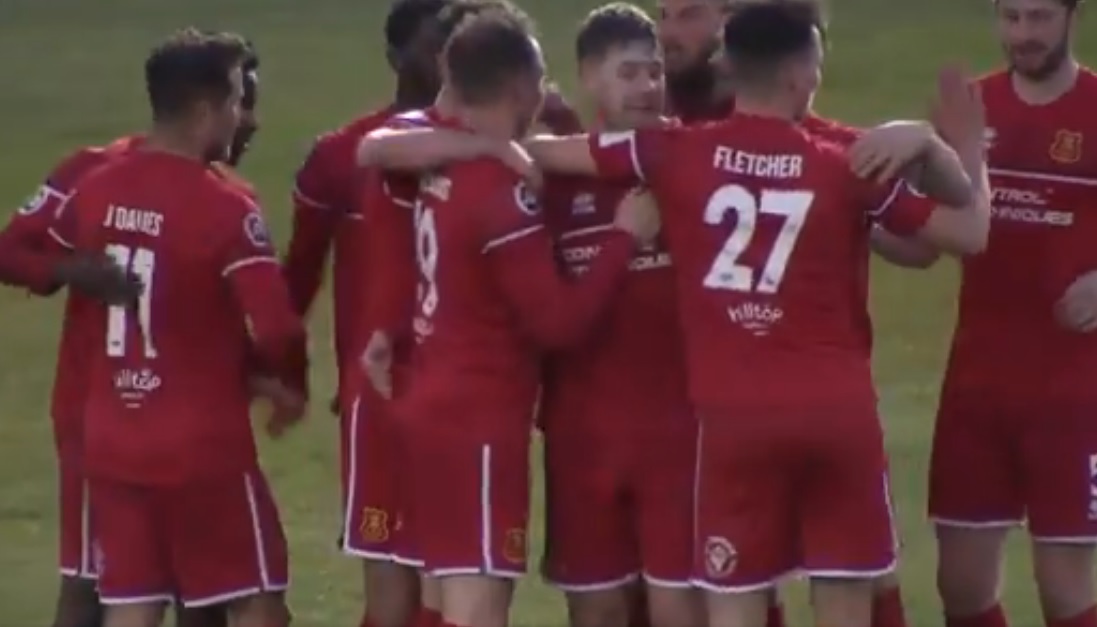 NEWTOWN closed the gap to play-off conference leaders Haverfordwest County on Tuesday as they beat Flint 2-0.

Flint had won their first three games of the second phase of the season and were in confident mood going into the game.

Newtown were also in good form having put five past Haverfordwest on Saturday.

They started the game on the front as Craig Williams shot towards goal but the Druids keeper Jonathan Rushton made an easy save.

James Davies also tried his luck but Rushton made another good save to keep the scores level.

Tyrone Ofori and Williams both had chances for the visitors but Rushton was alert in goal to keep the efforts out.

After more missed chances the Robins were finally rewarded for their efforts with a goal three minutes before the break.

Lifumpa Mwandwe was brought down on the edge of the box and a free kick was given. Williams sent the ball into the box and it fell to Jordan Evans who fired in to give the visitors the lead.

Despite Newtown’s dominance, Flint also had a couple of chances to score and were still confident of getting something from the game.

However, just six minutes into the second half, their task got a little bit harder as Newtown doubled their lead.

Williams again sent a ball into the box for Ofori and this time the striker scored to make it 2-0.

Both sides gave their all in what was an even contest. Newtown had a couple of chances before Flint sent a couple of inviting crosses into the box which came to nothing.

With ten minutes to go a free kick was flicked on by Evan Gumbs but Thomas Weir headed the ball just over the bar.

Rushton then made another good save to keep the Silkmen in the match before they had a great chance to pull a goal back.

Jordan Buckley sent a cross in from the left and it fell to Weir but he steered his effort just wide of the posts.

Newtown saw the game out to seal victory and close the gap to the top of the Play-off conference to only two points.

Two rescued by firefighters from quicksand incident on Llanelli beach

Aber go through after penalty drama

Over 250 club shirts on display for Wales v England game