Home > Sports > Role models on and off the pitch
Rugby 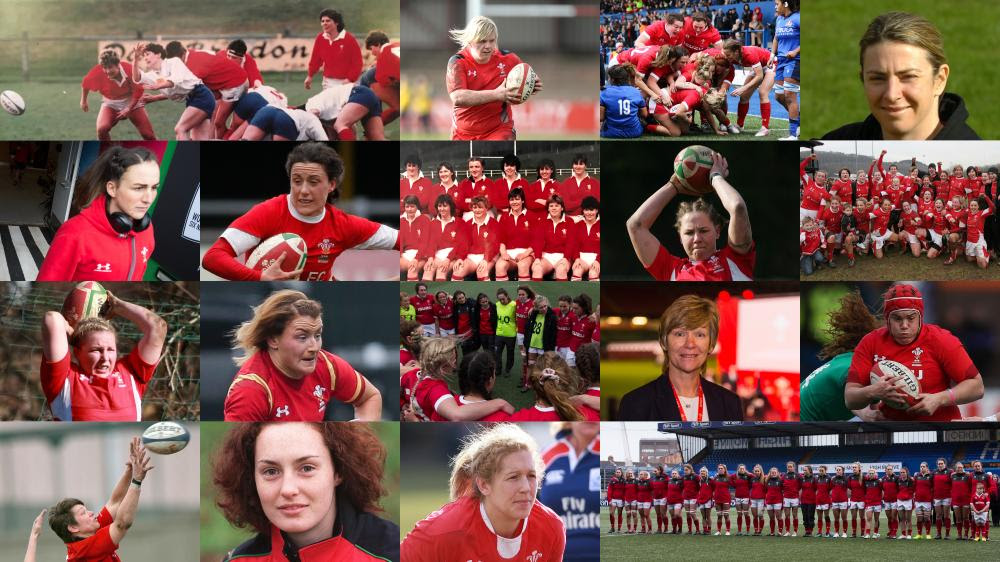 ON International Women’s Day we caught up with some former Wales Women captains on their rugby memories and their careers away from the field.

The captain of the first Triple Crown-winning Wales Women side, a Nurse Practitioner at the forefront of the community fight against COVID-19 and a leader of Sport New Zealand who will have a key role to play when Wales Women face the Black Ferns at the Rugby World Cup, these are just a few of Wales’ female leaders on the field who are also making a big difference off it.

Current WRU Board Board member Liza Burgess captained the first Welsh Women’s side against England at Pontypool on April 5 1987 (CLICK HERE TO READ LIZA’S RECOLLECTIONS OF THAT GAME).

Since then, 12 more women have worn the captain’s armband leading to current skipper Siwan Lillicrap (Watch what leading Wales means for Wales’ captain).

Mel Berry captained Wales 63 times and led them to their first Triple Crown in 2009 has gone on to use her leadership skills to change the outlook and life outcomes of people who have experienced trauma leaving them vulnerable ; Rhian Bowden, a community-based Nurse Practitioner at the forefront of the COVID pandemic coaches the women’s side and her twin daughters’ team at Senghennydd RFC, and Kylie Wilson, brought up in New Zealand with a father from Fishguard, gained a PhD at Bangor University where she developed a love of Welsh rugby and went on to win 53 caps for Wales.

She has since returned to her native New Zealand and is Lead Psychologist with Sport New Zealand Sport, working with a number of Olympic sports along with roles within New Zealand rugby.

Mel Berry captained the first Wales Women side to beat England – at Taffs Well in 2009 – and to win the Triple Crown that season.

Mel also captained Wales successfully at Under 19 at sevens, and at club level including at Wasps and Ponsonby in New Zealand where she spent a year working and playing rugby. She also includes leading Wales to wins over England at Under 19 level and sevens in her rugby CV.

“We had a great team collectively at that time of the Triple Crown,” she said. “As Welsh players, we all lift ourselves when we are playing England and we genuinely felt we had a chance of winning. I’d been on the back of some heavy defeats by England so that was a brilliant day for all of us.

“Representing your country is one thing but leading your country is such an honour and something that can never be taken away. For me, leadership is about how we empower people. It’s about having a purpose because if you have purpose people will follow you.

Berry says Liza Burgess was a key influence on her. “’Bird’ as we all call her was and is a legend. You can’t negate the achievements of those who paved the way for us. It’s good to know I’ve played a part in the journey of Wales Women and it’s good to see the continued journey they are on now.”

Berry now has a number of roles in her professional life that involve helping people who have experienced trauma, sometimes causing some to end up homeless or in the judicial system.

She also works with elite athletes and says she takes the same holistic approach. “If you understand the person behind the athlete and the challenges and pressures they may be facing, we can make them better athletes.”

Mel, who has returned to her hometown of Swansea to work after 20 years outside Wales, believes sport can be a key catalyst to change and believes rugby has continued to have a huge influence on her life even after hanging up her boots. “I realised the potential of sport from a young age. For me that was rugby. Sport can be a safe space for many people. When you feel overwhelmed for whatever reason, sport can calm us but we can also build positive relationships through sport which protect us in so many ways.

“We’ve all been through some collective trauma this year and sport can have a big role in healing us. Sport will always play a huge role in my life. I’m as fit now as I’ve ever been. It regulates me.”

Community nurse practitioner Rhian Bowden was captain for just a few occasions but the honour is just as great.

Along with being part of the team that recorded first wins over England and France, she led Wales to a 30-13 victory over Italy in the first international for the side at the Millennium Stadium in 2012 and recalls the honour with pride.

“Those kind of memories will always be very special. It’s something your family can be proud of too.”

Within her job, Rhian has been at the heart of an even bigger effort this past year.

“As a Nurse Practitioner within the community resource team, we try to treat patients at home to prevent them going into hospital. Over the last year, that includes COVID patients. Unlike hospital environments, you don’t know what you’re going to find in someone’s home, you have to be prepared for everything.”

Bowden has also been putting in overtime helping to ensure the smooth roll-out of the vaccination operation.

“I’ve been also working at the vaccination centres outside of my usual job as it were, usually at Newbridge Leisure Centre and sometimes at Cwmbran. I actually feel I’ve been one of the lucky ones during the past year. I’m grateful that I’ve been able to more or less stick to my routine and continue doing my job.

Although it’s been challenging, it’s good to stay busy. I feel for a lot of people who haven’t been able to carry on working or are having to work differently. I think that takes its toll on your mental health.

“The vaccination process is going really well and it’s good to see that things should hopefully be getting easier for everyone now.”

Bowden has stayed involved with rugby, as player-coach for women’s team Senghennydd Sirens and coaching the club’s mixed under 8s where her seven-year-old twin girls are enjoying the game.

“It’s like everything you get more and more involved. I can’t always make it to matches due to my work and family commitments but I enjoy coaching and it’s great to see the girls enjoying their rugby. There are certainly more opportunities for girls to play rugby now than when I was growing up. It’s great to see more women’s rugby on TV now and women commentating on the game too. Hopefully. we can all get back on the pitch soon.”

Kiwi-born Kylie Wilson earned her PhD at Bangor University when she was picked up by the Wales set-up. She went on to play more than 50 times for the land of her father, captained the side and coached Wales Women at Under 19, Under 20 and A level. Back living in New Zealand since 2010 with her husband and two children,

Wilson is now Lead Psychologist at Sport New Zealand, working with athletes in a number of sports and with roles across New Zealand rugby. She is currently Mental Skills Coach with the Blues.

“I played rugby growing up in New Zealand but didn’t intend to take it seriously when I came over to study in Bangor. I guess I fell in love with the game again and the people in Welsh rugby. I didn’t see myself as a captain beforehand but the experience certainly helped me grow as a person and as I progressed as a coach and then in my career.”

“Along with my rugby career, having done my PhD in Bangor and lectured at Cardiff Met, I have many connections with Wales. My father was born in Fishguard but has loved in New Zealand since he was 18. My brother has actually married a Welsh girl and lives in Rogerstone!

She believes her time at the top of the international game has also helped in her career as a sports psychologist.

“I think at times it can help if athletes know that you’ve experienced international sport – they know you truly understand what they’re going through.”

Wilson could be forgiven for having mixed emotions when Wales and New Zealand meet at the Rugby World Cup, due to be postponed until next year.

“Rugby will be the winner on the day, that’s for sure. Whatever happens on the field, it’ll be great to catch up with some Welsh friends again, the world has seemed very big over the past year with friends and family on the other side of the world.”