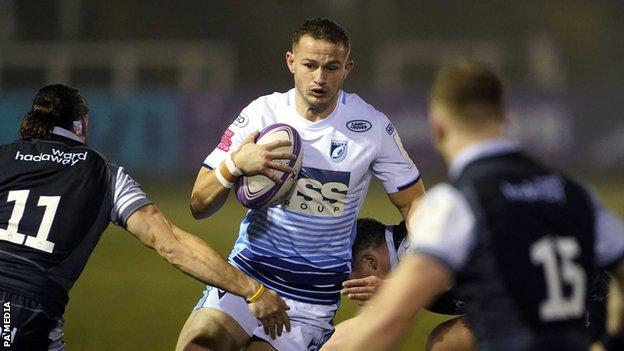 The Cardiff Rugby squad are still yet to return to Wales, but have announced they are working with all authorities to establish their return; “We continue to work with all relevant authorities to secure repatriation back to Wales.”

The teams return to Wales was put on hold after two positive COVID-19 cases were discovered in the side on Sunday 28th November, which ended any hopes of leaving South Africa. They were originally there for a United Rugby Championship match.

It has been confirmed that one of the cases is suspected to be of the Omicron variant.

The two players who tested positive are currently in a South African COVID-based government hotel, separate from the rest of the Cardiff Rugby players and coaching staff who are isolating in the team hotel.

Rivals Scarlets also travelled to South Africa, but have returned back to Europe through a variety of differing flights, including a departure from Cape Town airport. Irish side Munster were also initially stuck in South Africa, but sports minister of Ireland Jack Chambers said they were cleared to return home by the South African authorities.

The government guidelines in South Africa now state that anyone who tests positive for COVID is to isolate for 14 days from the day that symptoms arrived – NOT the day of the positive result.

When Cardiff Rugby get their return home, they must isolated in a hotel for 10 days – according to current UK rules that apply to anyone arriving from a red-list country. South Africa is one of these red-listed countries, due to the detection of the Omicron variant there.